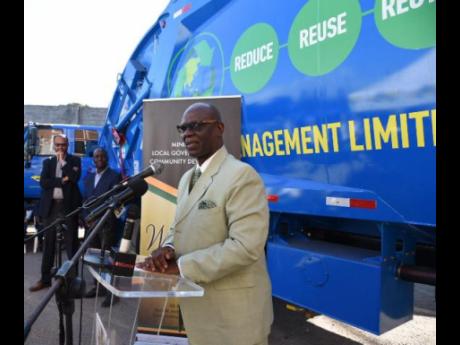 Speaking with JIS News, McKenzie said further amendments are to be made to the Act, following recommendations made by Cabinet.

“When I took the document to Cabinet, there were some concerns about compliance and making it work. It is one thing to have the fines, but we must put the systems in place to make it work. A number of recommendations were made,” he said.

Among the recommendations made is greater involvement by stakeholders to ensure compliance with the law.

“Cabinet asked us to go back and get the cooperation of the local authorities and involve a wider cross-section of the country, including the police, to get their support, and we have done that,” the McKenzie said.

He pointed out that the new Anti-Litter Act will impose stronger penalties, including higher fines for illegal dumping.

“We will continue to review the legislation to increase penalties. We have made significant increases to some of the fines,” he noted.

The local government minister said the document, which is still being reviewed, will be submitted to Cabinet shortly for approval.

“I am hoping that in the new fiscal year, it will be tabled in Parliament, debated and passed,” McKenzie said.