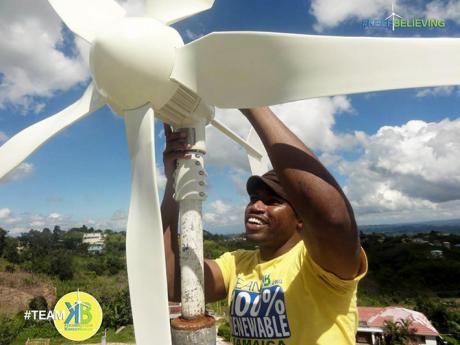 In a release issued via the police's Corporate Communication Unit (CCU) this morning, C-TOC said it is "asking the directors of Black Market Ja and Kimroy Bailey Group of Companies namely: Kimroy Bailey and Sherika Bailey to contact them".

However, C-TOC investigators are urging persons who conducted business with them and have not received their goods to contact the Fraud Squad at 876-922-2374.

The robotics engineer rose to national prominence in 2012 after copping the prestigious Prime Minister's Youth Award for Excellence.

In 2012, during his final year at university, Bailey got the opportunity to merge his engineering skills and his passion for robots and renewable energy, creating the world's first Robotic Wind Turbine - capable of maintaining production during a tropical storm. He was placed second in the Global Humanitarian Research Competition, organised by the Institute of Electrical and Electronics Engineers.

The Kimroy Bailey Group of Companies is described on its Facebook page as a multi-billion dollar entity and the world's largest interactive training, business process outsourcing, consultation and software development company for the renewable robotics industry.

Kimroy Bailey's Foundation, which caters to persons between the ages of 13 and 30, provides Internet access for rural youths with a renewable energy training session for youth empowerment and poverty reduction using renewable energy and robotics.