Kanesha Campbell loses her only daughter to lupus 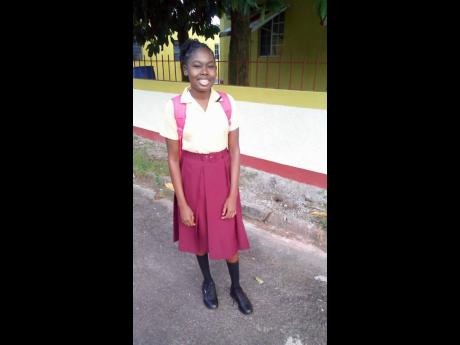 Contributed
Emoy poses for the camera before going to school. 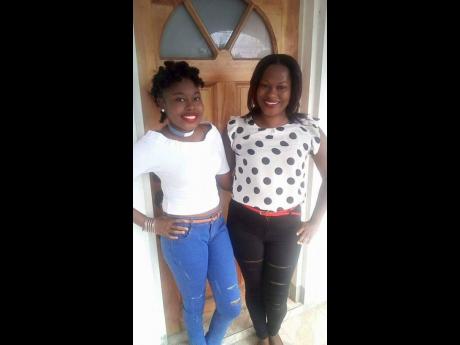 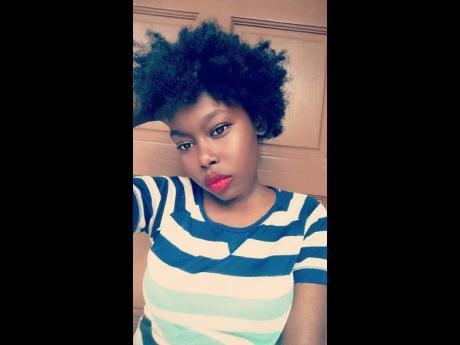 Contributed
The beautiful Emoy Downer poses for the camera.
1
2
3

“No matter what storm clouds may rock this ship of mine,

t he light of my Saviour will lead me safely through the night.”

These lines from the famous gospel song have been offering comfort to Kanesha Campbell as she mourns her 17-year-old daughter who died as a result of lupus.

Campbell recounts that her daughter, Emoy Downer, experience the first sign of lupus in 2015. “Emoy contracted Chik-V (chikungunya virus) in February 2015 and she was complaining of joint pains. I took her to the doctor and got medication for Chik-V, but the pain only got worse,” Campbell said.

Once more, Campbell brought Emoy to the hospital and the doctor ordered a series of tests, including lupus.

“I started to wonder, ‘why are they testing for sickle cell and lupus’, because I knew that Emoy doesn’t have lupus,” Campbell said.

Late March of the same year, Emoy was admitted to the hospital, and later stayed home after being released, missing school as a result. By October, Emoy had to do a kidney biopsy, which revealed that she had class-3 lupus nephritis.

“I was heartbroken to find this out. Emoy had to take 15 different medications, plus a weekly injection that cost J$15,000 at a private pharmacy.”

In addition to this, Campbell’s sister had to learn how to administer the injection to Emoy so she would not have to visit the hospital every week.

Things were further complicated when Campbell realised that some of the medication was not available in Port Antonio, where Campbell and her family hail, and she had to find a pharmacy in Kingston to get the drugs for Emoy.

“Someone told me about DrugServ and that is where I got the medication,” Campbell said. “But in order to get a discount, when I get the prescription from the private doctor, I have to get it rewritten at the public hospital in Portland and then get it back to DrugServ in Kingston to get the medication.”

By 2018, Emoy’s doctor’s ordered a more aggressive treatment for her illness as her condition had worsened.

“They wanted to do a five-day IV (intravenous) treatment and my health card would not cover it,” Campbell said sadly, “It cost $38,000 at the University Hospital of the West Indies, but thank God for her father because he came through, and we could get it done for Emoy.”

Campbell was cheerful when she recalled how Emoy seemed to be getting better, but that all changed on January 17 when her health took a turn for the worse.

“She was doing so well,” Campbell stated, “and then she wasn’t.”

By Monday, January 21, Emoy was admitted to the Port Antonio Hospital for headache and vomiting, and the following day, she could not talk.

“When I got to the hospital, Emoy couldn’t talk, it was like she got a stroke and I went to find a nurse; but she told me I had to wait on the doctor when he would be doing his rounds,” Campbell said. “I couldn’t wait because she is my baby, so I went to find the doctor and by this time, Emoy had a high fever, so they were using ice packs on her, but there was no response.”

To make matters worse, Emoy was having seizures. By Wednesday, she was transferred to the Kingston Public Hospital where a brain scan was done which confirmed that Emoy had a stroke.

“Emoy was put in the ICU (intensive care unit) because her kidneys were losing function and the seizures made things even more complicated,” Campbell recalled, “But they did a blood transfusion on the Thursday and Emoy looked better.”

Those hopes were soon dashed as Campbell said she knew something was wrong even before getting to the hospital the following Friday.

“I was crying on my way to the hospital the Friday; from I left home, and even when I was at the bus stop, there was a pit in my gut,” Campbell said. “I remember singing ‘No matter what storm clouds’ on my way there, as if God was preparing me for what was coming next. but I was not ready to hear that my only daughter was declared brain-dead and was put on life support.”

Campbell explains that it is hard to describe how she is feeling about losing her daughter to lupus, especially after ending 2018 in a celebratory mood, as she has just graduated from UWI and Emoy was very proud of her, only to lose her biggest cheerleader and the one who encouraged her to go back to school as soon as the new year started.

“I can’t describe the feeling,” Campbell said, “There is a hollow space, an emptiness inside me; I feel like a living dead. I never thought I would be burying my daughter; no parent ever wants that,” she continued.

Campbell said it is the grace of God that is taking her through this ordeal, adding that she will continue to trust Him.

She will lay Emoy to rest on Sunday.