Anika Williams - from victim to victor 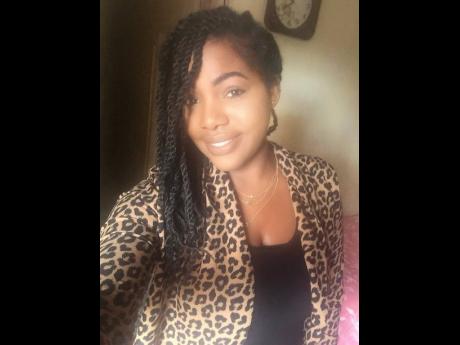 Sexually abused at age six and again at age nine by a family member, Anika Williams described her life as a nightmare for more than 10 years.

The experience left her feeling uncomfortable around men, whom she distrusted completely. When she did open up a bit and enter into a relationship, it was a toxic one in which she was emotionally and verbally abused.

That relationship, she said, added to her ill feelings towards men.

“So I decided to seek after sexual ­relations with women instead. I was now drawn into that crowd, living a ­homosexual lifestyle, drinking and smoking weed to get a high each day. I would tell myself I would stop smoking and sleeping with women, but I would still find myself doing it,” she shared with Family and Religion.

Williams said that at one point, she was convinced that the Lord wanted nothing to do with her. She believed that if He had loved her, He would not have allowed so many bad things to happened to her.

Soon, her constant struggle to find true happiness and her own identity, along with many sleepless nights, panic attacks and depression, saw her struggling with low self-esteem. In order to ease the pain, she started getting new piercings and later resorted to cutting herself to that numb.

It was at this low point in her life that she made the decision to seek the Lord and give her life to Him.

“One day, I sat down and said to myself, ‘If I’m living in sin, depressed and ­dissatisfied, why not surrender and submit my life completely to God?’ I was tired of feeling defeated in everything I was doing. It didn’t make sense fighting against His will anymore because it wasn’t doing me anything good,” she shared.

Since making the decision to give her life to Christ, Williams said her life has been radically transformed and she is now set free and healed from past hurts, ­unforgiveness, and the effects of toxic relationships.

“He has completely renewed my mind because I no longer have desires for women, drugs or alcohol. Through His love for me, I am able to love and care for even those who caused me pain in the past. My decision to submit to His will and embrace what He has called me to do resulted in me realising that the Lord has opened up doors and opportunities for me to fulfil my purpose,” she said.

Williams said she found the courage to let go and allow God to take charge of her life when she met her mentor and life strategist, Kashina Alexander-McLean, founder of Scars That Speak Out Loud.

The 25-year-old is now in her second year at university, pursuing her ­baccalaureate degree in applied psychology.

“I have been given the opportunity to minister to young women through my business and ministry, Avondale Beauty Artistry, and my blog, Image In Me, Imagine Me. I am truly honoured that the Lord chose to use me despite my past. Most recently, I had the privilege of positively impacting the life of one of my clients while attending to her. She ­recommitted her life to Jesus Christ and has been making an effort since to seek after His heart,” Williams proudly shared.

Williams, who hails from ­downtown Kingston, is a past student of the Convent of Mercy Academy (Alpha) and now attends the University of the Commonwealth Caribbean. She ­fellowships at Victory Family Centre in Kingston.