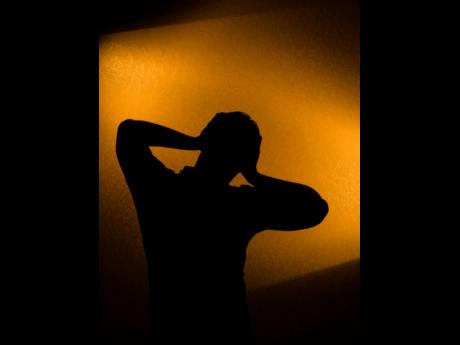 Are you going through a dry spell?

I’ve been there a time or two

Where life seems to stay the same for a while

You want to change, but don’t know how to

It’s the place where you feel empty inside

Can’t put your finger on the need

I look at God and see what I want to be

I look at me and see what I am.

How many times have you been in church, stirred up by a message from the preacher telling you that the struggle is over and you are now ‘in your season’?

You embrace the words with great joy, hope fully renewed. The expectation is so great you can almost taste it, but as the days pass, with the situation you are longing to get out of still unchanged, the excitement dies down and you swallow the bitter pill of disappointment as you accept the fact that maybe it’s not your season after all.

Did the preacher stir up false hope, or was it lack of faith?

Family and Religion asked Dr Owen Walker of the Skylake New Testament Church of God to comment on this scenario. He said that not every message that is delivered in church pertaining to a change in season is for every single member during the same time span.

“The message is preached to everyone, but not all will get the desired breakthrough they are seeking in the same time span,” he shared.

Walker warned that ‘seasonal blessings’ can see ‘bad mind’, covetousness and jealousy developing in the church as some brethren observe others receiving their breakthroughs while they remain in their struggles.

“Just because someone’s season comes before yours, it doesn’t mean your season will not come around,” he said.

According to Walker, believers must put in the work, before there can be a change in their season.

‘Season’, he explained, refers to a period in a person’s life when they experience good or bad. For many, it is a period of hardship where what they desire most is out of reach – be it a financial breakthrough, a child, a job, or health changes.

It is with that explanation in mind that he said that some Christians believe they can “jump into their season” without much of an effort.

He said there are things that must be done before any reaping can take place.

“Fast and engage in prayer, get into the habit of praising God for all things – the good and the bad. Develop an attitude of gratitude, no matter what the situation at the moment happens to be,” are some of his words of advice.

Walker said that when you pray and give thanks, you should start making preparations for the expected harvest. That, he said, ensures that you are ready to receive.

Walker added that before a harvest, the field must be prepared and crops watered and taken care of. In the same way, before spiritual harvesting can take place, there must be preparation.

Job, in the Bible, experienced a season of loss where he lost everything, including his children. The final attack was on his health, but even then, he had enough faith as he declared, “Though he slay me, yet will I trust in Him: but I will maintain mine own ways before Him.” (Job 13:15.)

“The reality of belief is a demonstration you have to show that you believe, although you don’t see it,” shared Walker, who stressed that a many people who are now enjoying favour in their lives had to put in the work and remain faithful during the trying periods.

He reminded believers that they will eventually “fall into their season” as they bear in mind that the ‘drought’ is not forever. They just have to exercise a little patience as they watch God at work in their lives.