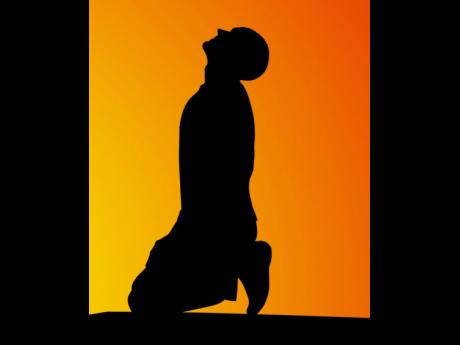 Contributed
Silhouette of man near the grave at sunset

“The great tragedy of life is not unanswered prayer, but unoffered prayer.” F.B. Meyer, author of The Secret of Guidance says.

In one of his contributions to the monthly devotional publication called LifeWay a pastor of a Baptist Church in Colorado, D. Calvin Wittman, spoke about the importance of Christians maintaining a healthy prayer life.

“Instead of it (praying) being something we do every day, like breathing, eating, and walking and talking, it seems to have become like that little glass-covered box on the wall that says, ‘Break in case of emergency’,” he said, adding that prayer is often associated with life crises.

Describing the sacred practice as an untapped resource and an unexplored continent where untold treasure remains to be unearthed, Wittman said it is talked about more than anything else yet practised less than anything else. Yet, for the believer, it remains one of the greatest gifts the Lord has given outside of salvation.

According to the clergyman, “You cannot really be a good Christian and not pray, just like you cannot have a good marriage if you don’t talk to your wife. Prayer is the pipeline of communication between God and His people, between God and those who love Him.”

Giving his expert advice on how to pray, Wittman shared four characteristics to consider when petitioning the throne of God, the first of which was persistence.

“Now, there is a difference between a persistent prayer and a long prayer. A person who is persistent in prayer does not necessarily have to pray for a long time. Persistence means not giving up.

“Some people give up easily; they quit because they say they don’t feel like praying, the joy is gone, the feeling is gone. But we are not to live by our feelings, but by the commandments of our Lord, who tells us to pray without ceasing,” he said.

Wittman also encouraged Christians to pray with passion, as Christ did.

He noted, “Jesus always prayed with passion because He knew who He was talking to, and that prayer to the Father is a powerful thing and not something to take lightly and glibly.

“That is how He taught us to pray, not only through His example, but specifically, through His teaching. Look at Matthew 6:7, in the Sermon on the Mount, as Jesus instructs on prayer. It is here that we find the Lord’s Prayer. And just before The Lord’s Prayer, Jesus said, ‘When you pray, do not use meaningless repetition as the Gentiles do’.”

His devotional spoke specifically to praying with thankfulness, too, advising that the expression of gratitude does several things, including demonstrating of relationship, articulating dependence, and generating humility.

The fourth characteristic mentioned by Wittman was making intercessory prayer.