EOJ to draw on outsiders to man East Portland poll 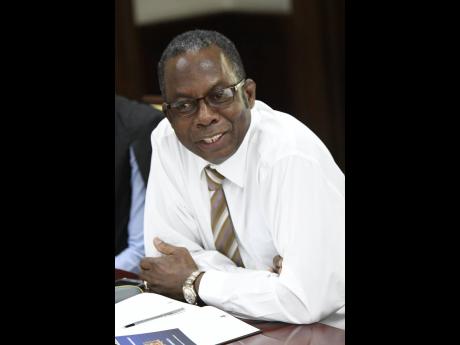 Although electronic voting will not be used in the pending Portland East election, almost all election-day workers will be drawn from outside the parish to ease concerns about possible irregularities in the high-stakes constituency race.

Director of Elections Glasspole Brown said the specialist manual system will be ironclad.

“What this means is that except for the poll clerks (record keepers), all election-day workers will be from outside of the constituency,” Brown told The Sunday Gleaner on Friday.

The Electoral Office of Jamaica (EOJ) implemented the Electronic Voter Identification Ballot Issuing System (EVIBIS) in the 1990s to circumvent manual platforms that were vulnerable to electoral fraud.

With EVIBIS, registered electors are identified and verified at the polling station by using their fingerprints, after which authenticated ballots are produced. The elector will then proceed as before to mark the ‘X’ with a pencil on the paper ballot issued.

According to Brown, presiding officers, supervisors, and election-day workers will be supplied by the EOJ. The EOJ’s head office will marshal the day’s activities, which will be different from “normal elections where all officials would be from within the constituency”, said Brown.

“Close to 250 will be working that day for the 127 polling divisions. And we have submitted a budget for $28 million to the Ministry of Finance. We don’t anticipate any problems getting it,” he said.

The EOJ boss said that there were 36,315 people eligible to cast ballots in the constituency. The number represents an increase of 1,119 electors, up from the 34,396 valid voters in 2016. The poll will be run on the November 2018 voters’ list.

The EOJ is currently in the process of reverifying the list for the May 2019 publication.

Only individuals on the voters’ list will be eligible to vote.

The People’s National Party (PNP) has named its young vice-president, Damion Crawford, to fill the Portland East vacancy caused by the murder of Member of Parliament Lynvale Bloomfield at his Passley Gardens home on February 2.

Crawford, a legislator in the Upper House, is a former MP for St Andrew East Rural, now represented by the JLP’s Juliet Holness.

A medical doctor by profession, Bloomfield first won the seat in 2011. Despite losing the delegate selection leading up to the February 2016 general election, he retained the seat, polling 8,606 votes, or 57 per cent of the ballot, while the JLP’s Derron Wood received 6,330 votes, or 41.9 per cent. There were 107 rejected ballots. A 15,110 of the 34,396 eligible voters exercised their franchise in 2016. Only 44 per cent voter turnout was recorded by the EOJ.