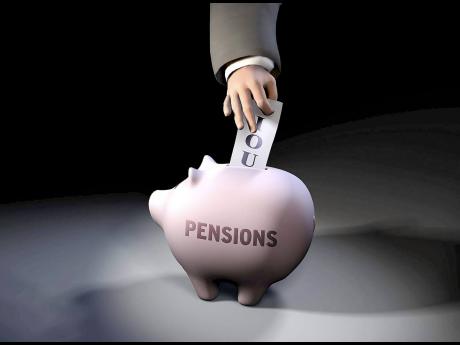 The Pensions (Public Service) Act 2017 (the act) came into effect on April 1, 2018. It is a very important piece of legislation with far-reaching consequences. As such, Legal Scoop has decided to sensitise readers on the implications of the act in a series of columns.

Pivotally, the act marks the departure from the payment of pensions to public servants from the Consolidated Fund to payment from a defined contributory pension scheme funded by public servants and their employers.

The act applies to pensionable officers as defined and redefines the age of normal retirement and early retirement for public servants. It should be noted, however, that the above-mentioned defined contribution pension scheme, The Public Service Pension Fund, can only be established after the minister makes an order, having first obtained affirmative resolution from Parliament, and only after he is satisfied that the GDP ratio of the country has reached 60 per cent.

Dr Nigel Clarke has promised that Jamaica’s GDP-to-debt ratio will dip below 100 per cent in the 2018-2019 financial year for the first time this century. Legal Scoop, at the time of writing, is not sure how well the country is proceeding along Dr Clarke’s trajectory, but suffice it to say, given this last criterion, the actual establishment of a Public Service Pension Fund does seem some way off. Nevertheless, there are other important elements of the act that are now in effect and on which we need to educate ourselves.

In a subsequent column, we will outline how the provisions of the transition period work. Nevertheless, it should be noted that the impact of the coming into force of the act on April 1, 2018, is that any existing public officer who was 54 years old and younger on April 1, 2018, will have a normal retirement age of 65 years.

However, any existing public officer who was 55 years and older on April 1, 2018, would have a retirement age on a gradated basis set out in the transitional provisions of the act. Generally speaking, therefore, the transition period aside, the act has increased the normal age of retirement from 60 to 65.

With the coming into effect of the act in April last year, existing public officers can no longer request early retirement between the ages of 50 and 54. The application can only be after the officer attains the age of 60. Different rules apply, which are set out in the act, only if the application is made during the transition period. A third basis for early retirement mentioned in Section 15 is where a public officer satisfies the governor general that:

“On medical evidence to the satisfaction of the governor general, he is incapable by reason of any infirmity of mind or body of discharging the duties of his office and that such infirmity is likely to be permanent.”

And just in case you are a really bad public officer, or for other more positive, but equally compelling reasons, Section 21 of the act still retains the proviso that the governor general may require a pensionable officer to compulsorily retire from the public service at any time after he attains a particular age. However, whereas that age used to be 55 years, the act has now increased the threshold to 60 years.

It should be noted that there are separate provisions in the act for retirement for constables which are set out in Part VI. Those provisions will be looked at in more detail in a subsequent column.

The Pensions (Public Service) Act 2017 marks a significant departure from the operations of the civil service as we have become accustomed to it over the years, and it behoves us to become better acquainted with the act.

- Shena Stubbs-Gibson is an attorney-at-law and legal commentator. Email feedback to columns@gleanerjm.com and shena.stubbs@gleanerjm.com, or tweet @shenastubbs.