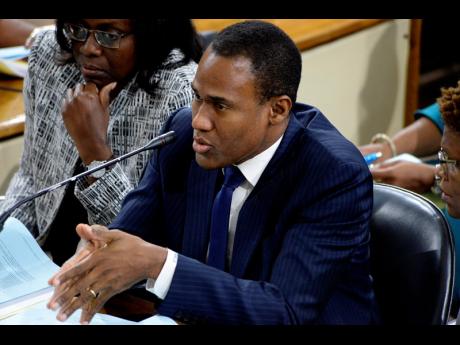 Sanctions imposed on Venezuela by the Trump administration in the United States have been making it difficult for Jamaica to pay down on its debt obligations under PetroCaribe.

This was revealed by Finance Minister Dr Nigel Clarke who told Parliament's Standing Finance Committee today that debt payments to Venezuela have been returned by correspondent banks.

“More recently the amount that we paid in December was held and to the best of my knowledge was returned only recently,” Clarke said.

Clarke told Standing Finance Committee members that the government was committed to honouring its debt under PetroCaribe. However, the economic sanctions imposed on the South American country were making it difficult.

He told the meeting that Jamaica presently owes about US$115 million to Venezuela as part of the PetroCaribe agreement.

In the meantime, the finance minister told the committee that the operations of the PetroCaribe Fund would be subsumed under central government. Up to now the fund was operated as a semi-autonomous body, handling its own accounts and executing projects under the direction of a chief executive officer. Wesley Hughes occupied that position, but his contract was set to expire at the end of February. The government had announced in June that the nearly $1.5 billion in the fund would flow into the state's coffers.