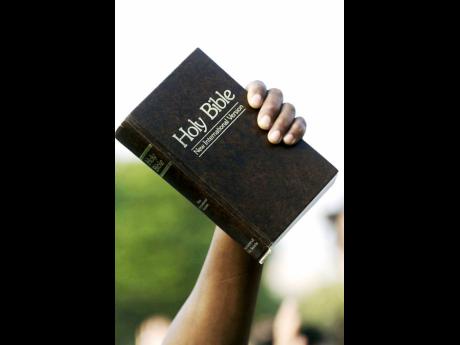 Have you ever noticed that when people hear the truth, they kick, scream, throw a tantrum or blatantly refute it?

Regardless of the breakthrough we need to happen in our society – whether economic, political or security-related – we will never get that breakthrough until we deal with the truth.

Oftentimes, people will say they need female leaders because the men have failed. But while God uses both genders, having a female leader will not change anything if foundational truths are not addressed and change is not executed. Only truth can free us from deception and bondage (John 8: 32).

When you do it, will swim like oil on water. Even the abortion debate where it is being stated that women are free to do whatever they want to do within their bodies. Is that true? No. Your body is the temple of the Holy Spirit. Our body is to glorify God – He owns our bodies. Our body is not a cemetery, and we are accountable to God for what we do in our bodies. Most of the things that negatively affect us – physically or spiritually – is the result of what we do in/with our bodies. There are many who will capitalise on the mistakes we make with our bodies – doctors, politicians, bosses – but you are the ones who will pay for it and so will your children and their children.

This opens the door to the enemy’s attacks and gives the devil what is called ‘legal rights’.

Regarding the notion that ‘truth is what you make it,’ we might ask: if truth is merely a social construct, then what can you say to a society that encourages raping and murdering women or tolerates the sexual abuse of children?

If their truths allow them to take such actions on what ground can you declare such practices to be wrong? And on what basis does another nation give a global outcry to say it is wrong/abusive/inhumane – where does the truth lie?

Many truths are presented out there, but, in fact, there is only one spirit of truth. The Holy Spirit brings us to all truths and the Bible is the guide which gives us joy, life, healing and direction (John 16: 3; 2 Timothy 3: 16 - 17). When we reject the truth, the Lord has to allow adversity so that we will see truth in action.

So, when man says God does not heal, He will allow situations to occur where you will need healing. Additionally, the debate on climate change or problems in the cosmos, were already clearly stated in Daniel, Revelation and the latter part of the Psalms. Many ask why they should believe the Bible because it is man who wrote it.

But who wrote all the scientific books that we embrace as truth? If we say that ‘truth is what science tells us,’ then that would mean that only scientific statements are meaningful.

If that is so, then logically it would mean that the very statement (and belief) that only scientific statements are meaningful would be self-condemning and absolutely meaningless, since such a statement is philosophical and not scientific. Out of God comes the very word ‘science’ as we speak of His omniscience.

So, neither science nor its principles could exist without God. Do you realise that every profession that exists is connected to the study of God’s creation? Read Psalm 111: 2 –3.

Only the truth of God can sanctify us, and it is His word which is truth. He is the only solution for the global issues and give us peace. Everything else is counterfeit.