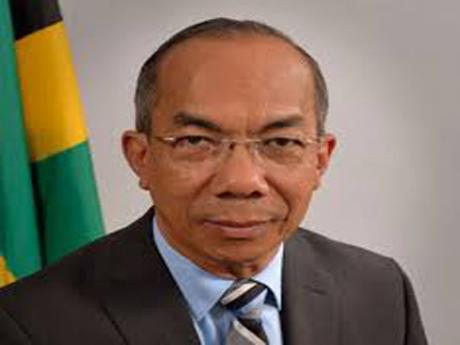 Security Minister Dr Horace Chang is reiterating calls for the reinstatement of the State of Emergency (SOE) in St James, with the slaying of a six-year-old student yesterday.

Describing the killing of young Jordanion Hodges as 'brutal and heartless', Chang today said “the emerging brazenness of murders and the rise in their frequency, is confirming that we still need a State of Emergency in some areas".

The security minister, who is the member of parliament for Northwest St James, added that“the killing of this child saddens me”.

Police reports say little Jordanion was a pillion on a motorcycle yesterday when gunmen opened gunfire, hitting the young boy and the driver, identified as 27-year-old Kuwayne Mullings. The driver died on the spot, while Jordanion succumbed at hospital. The parish, which was  under a SOE up to the end of January, has been experiencing an upsurge in crimes since.

"We consider the wanton killing of Jamaicans, especially our women and young children, a crisis that requires urgent attention and strong operational measures,” Chang insisted.

He said the government remained committed to providing the resources needed to tackle crime, but stressed that "the detention and separation of known criminals has proven critical to the unhindered investigation of complex crimes and murders".

Chang said the police were following strong leads in the killing of the Somerton All-age School student, who is described as promising and intelligent.

He assured that “necessary steps will be taken so that these criminals will be strongly pursued and tried to the full extent of the law”.