Slain Jordonian was a star, says Somerton principal - Six-year-old, man cut down in hail of bullets 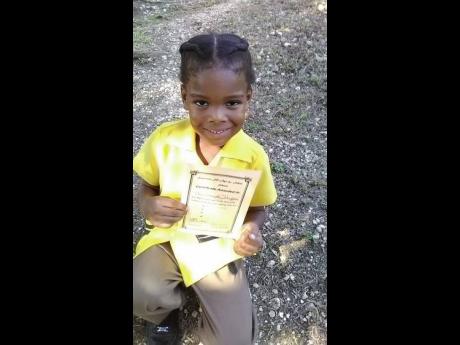 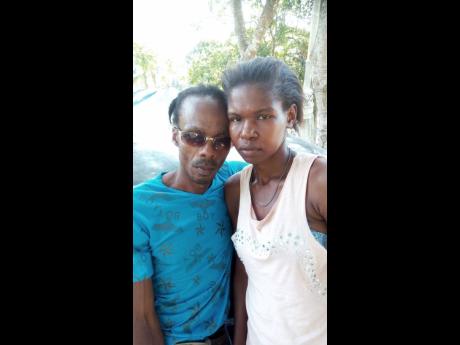 For Glendon Brydson, the principal of Somerton All-Age School in St James, six-year-old Jordonian Hodges, who was shot and killed by gunmen on Monday afternoon, was an extraordinary child with star potential.

“He was a brilliant boy; he was the brightest boy in his class,” said Brydson. “He was extremely intelligent. I can tell you that we are really going to miss him because being the top student, we would have been grooming him for greater things in the future.”

Hodges, who lived in the Windsor Lodge section of Somerton, was on his way home from school on Monday afternoon with his sister, who had come to pick him up, when they were offered a ride home by their neighbour, 27-year-old Kuwayne ‘Soljie’ Hemmings, who was riding his motorcycle.

While they were travelling along the Windsor Lodge main road, a group of heavily armed men alighted from a motor car, which they had used to block their path, and opened fire on them. Hemmings was killed on the spot, while Hodges, who sustained multiple bullet wounds, was pronounced dead at hospital.

Hodges’ father, popular magician Orette Hodges, was at a loss for words when The Gleaner visited his home yesterday. In-between his cries of anguish, the elder Hodges bemoaned the loss of his son, who he described as a gifted child with potential.

“I can’t describe how I feel right now,” said the father as he broke down in tears before the Gleaner team. “Every time I think about what happened, I have to just cry. He is like an angel. Mi lose a very special child, and mi feel it to mi heart.”

The grieving dad said his greatest wish is to live in a society free of violence.

“All I want to see is some love, because is love me know about from long time … . Is love me a preach,” said the father as rivulets flowed down his cheeks. “Right now, me lose mi son, and see God up a heaven deh, mi heart clean. Me nah think no negative ... . As much as mi lose me youth, mi nah think no negative, mi left it to God, because that’s how me work.”

Angered by yet another senseless murder of a child, National Security Minister Dr Horace Chang, who described the killing as “a brutal and heartless act”, said the killers would face the full brunt of the law when they were caught.

“This kind of brazen assault on our ­people and this disregard for the life of a child will not be tolerated,” said Chang. “I am urging the citizens not to retaliate, but to allow the police to pursue and apprehend those responsible for this brazen crime.”