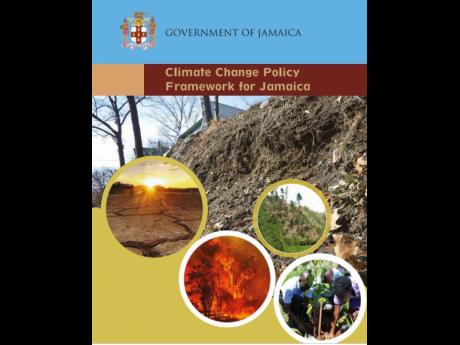 JAMAICA IS now revising its Climate Change Policy Framework and Action Plan to better reflect new climate realities affecting the island, including the status of global negotiations on the subject and the need to incorporate gender and other key considerations.

“Jamaica ratified the Paris Agreement two years ago and since that time, there have been many developments, including new obligations the country has under the agreement. When the Ministry reviewed the Climate Change Policy Framework, the documents written did not reflect these new developments,” said Gillian Guthrie, senior director for the Environment and Risk Management Branch of the Ministry of Economic Growth and Job Creation.

“There were issues related to Jamaica’s obligations under the Paris Agreement, as well as issues related to sustainable financing like the Green Climate Fund and so we wanted to review the document to reflect the new developments to make it current and still relevant,” she added.

The historic Paris Agreement was inked in December 2015 and sees countries committing, among other things, to “holding the increase in the global average temperature to well below two degrees Celsius above pre-industrial levels and pursuing efforts to limit the temperature increase to 1.5 degrees Celsius above pre-industrial levels, recognising that this would significantly reduce the risks and impacts of climate change”.

Jamaica had a couple of years before formulated its climate change policy with specific objectives including “to mainstream climate change consideration into sectoral and financial planning and build the capacity of sectors to develop and implement their own climate change adaptation and mitigation plans” and with strategies addressing institutional arrangements, the development of research, technology, training and knowledge management, as well as regional and international engagement d participation.

Now, with support from the Government of Canada’s Impact Justice project, the revision of the policy – to include a relook at those strategies and specific provisions around gender, among other cross-cutting issues – is underway, with a consultant progressing work on the document.

“The consultancy should end at the end of this month, and we should be able to get a draft from the consultant, which reflect the new developments in the international climate regime and the local issues for review by the Ministry,” Guthrie noted.

In the meantime, she said a concept note is being sent by the Ministry to formally request Cabinet approval for the update of the document.

“The update is earlier than anticipated, but because of the developments to date, we do not believe that Cabinet will have any difficulty with us updating the document now. Once Cabinet has given the approval, we will review internally the revised document,” Guthrie said.

Later, it will be sent to Cabinet for approval as a Green Paper and once that approval is granted, the document will be tabled in Parliament as a public document.

“Once a public document, the Ministry of Economic Growth and Job Creation will then commence stakeholder consultations and public consultations. The comments from those consultations will inform the revision of the text and, thereafter, we will submit the revised text for approval as a White Paper. Once Cabinet has approved it as a White Paper, it will be tabled in Parliament and become a national policy,” the senor director explained of the next steps to be taken over the next financial year.