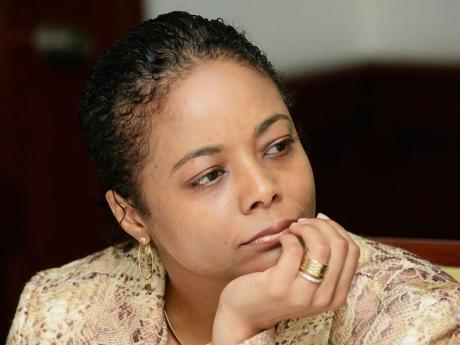 Malahoo-Forte... the blunder is not a legal issue and should just be referred to as an oversight.

At a Jamaica Labour Party rally in Port Antonio Square last Friday, the Prime Minister announced Nomination Day as March 8 and the by-election day as March 25.

The Office of the Prime Minister later issued a statement saying the dates were being changed because Nomination Day would not have been five clear days after its announcement as the Representation of the People Act stipulates that Ash Wednesday, being a public holiday, should have been excluded.

Malahoo-Forte said the error was due to a shift in the original day that the Prime Minister was scheduled to announce the by-election.

However, she said the announcement date was changed from last week Thursday to Friday and that accounted for the oversight of the Ash Wednesday holiday.

"It was a genuine oversight with Ash Wednesday falling in the middle of the week because the budget process is going on and there were a number of issues that were taken in account, PEP exams, market days and a number of things," Malahoo-Forte said on Television Jamaica's current affairs programme All Angles.

She said, however, that the blunder is not a legal issue and should just be referred to as an oversight.

According to Malahoo-Forte, the Prime Minister generally does not seek legal advice when consulting about an Election Day even though she believes it should be done.