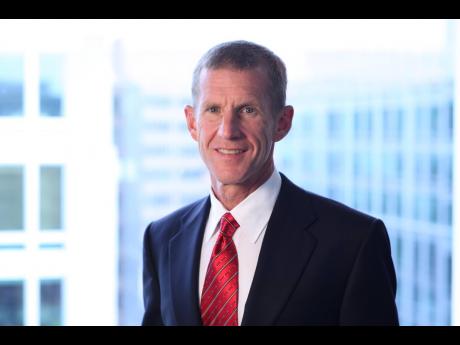 Retired four-star United States Army general, Stanley McChrystal, will engage with national officials and the security forces during a one-day visit to Jamaica in March, as well as deliver a public lecture about leadership.

General McChrystal, also a bestselling author and sought-after speaker, is visiting the country at the invitation of The Jamaica National Group, from March 13 to 14.

The four-star general, who was commander of the Joint Special Operations Command in Iraq and was top commander of the American Forces in Afghanistan during the early and mid-2000s, is credited with the December 2003 capture of Saddam Hussein and the June 2006 location and removal of Abu Musab al-Zarqawi, the leader of Al-Qaeda in Iraq.

After his retirement in 2010, he published the bestseller, My Share of the Task: A Memoir, which explores his career in the military. He is also the author of two other bestsellers, Team of Teams, which focuses on how organisations can break down silos and work together effectively; while his most recent book, Leadership: Myth and Reality, profiles 13 leaders from different eras and disciplines.

General McChrystal is currently a senior fellow at Yale’s Jackson Institute for Global Affairs, where he teaches a graduate seminar about leadership in operation. He is also the chair of Service Year Alliance, a project of Be the Change and the Aspen Institute, which promotes service as a cultural expectation and common opportunity for all young people in America. He also serves as a director on several boards in the US, including the board of JetBlue Airways.

Earl Jarrett, chief executive officer of The Jamaica National Group, said the general’s years of experience in the armed forces, as commander and in various other leadership roles, positions him to engage the Jamaican public and private sectors and leaders of the country’s security forces in rich dialogue on a diverse range of matters.

“There is much that we could benefit from listening to his experiences; his perspectives on leadership, gained through his four-star management strategy, as well as the decisions he made as a result,” Jarrett said.