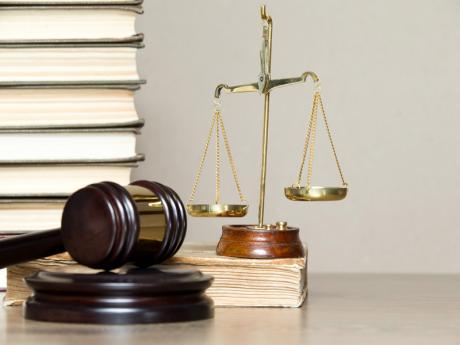 The witness said the guns were hidden in a baby bag and Gordon carried her baby with her when she went to collect the firearms.

The witness was testifying during the trial of Uchence Wilson and his 23 alleged gang members at the Home Circuit Court in downtown Kingston.

They are being tried for breaches of the anti-gang legislation.

Earlier, the witness detailed how the gangsters robbed a taxi operator who was the 'banker' for a partner plan in a St Catherine community.

He testified that he along with accused men: Wilson, Fitzroy Scott, Michael ‘Judge’ Lamont and Stephenson ‘Slim’ Bennett waited outside the house of the taxi operator after 4 o'clock one morning.

The taxi operator usually kept the partner money in a bag he tied around his neck with a string.

The witness said as the taxi operator got out of his house in the shadows of darkness, Wilson and Lamont pounced on him.

He said the taxi operator was held at gunpoint and forced back inside the house where he was beaten by Wilson and Lamont who demanded money.

According to the former gangster, while this was happening, Wilson ordered him to search the house where he found a cylinder with coins and also a play station gaming console.

He said after a brief tussle, Wilson snatched the bag with money from around taxi operator’s neck.

The witness also told the court that he and the other gangster then fled the scene, but not before the taxi operator raised an alarm.

The witness said as the taxi operator raised the alarm, Wilson fired a few shots at him.

He said the gangsters later called Gordon who met them alongside a road in the parish and collected the firearms.

The trial will continue tomorrow.