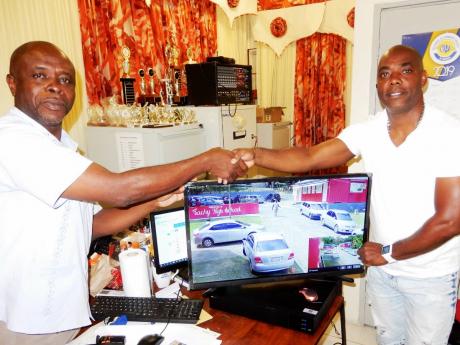 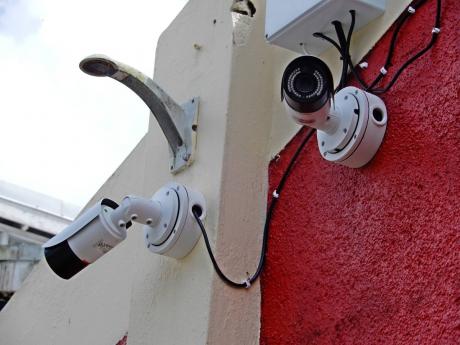 Carl Gilchrist
A close-up of some of the cameras.
1
2

Tacky High School in Gayle, St Mary has received a new, state-of-the-art surveillance system to replace the one that was destroyed when fire damaged a section of the school in 2014.

Director of Moulton Surveillance and Security Services, Everol Moulton completed installation of the system last week and handed it over to an elated principal, Errol Bascoe.

“Thanks to Moulton Security Services, who installed the first cameras in 2008, they are back and trying to help us to recover from our unfortunate incident in 2014,” Bascoe told The Gleaner.

“What we have here now is really a gift from Moulton Security Services with the highest type cameras, I am told, in the business, eight megapixel IP cameras. I can testify to say that we can zoom in the cameras and look for a pin from as far as 230 feet away.”

Bascoe said the surveillance system will heighten security at the school and act as deterrent to trespassers.

Moulton, a Jamaican whose company is based in Florida, USA, said his first donation in 2008 was made because he saw it fit to give back to Jamaica. After the fire, he made a commitment to replace the burnt-out system with an upgraded one.

“It is a 4k, 8-megapixel IP camera, 1080p system with access point with antenna, which means you don’t have to run cable where cable cannot go,” Moulton explained.

He added: “There are seven cameras on system but it can hold 18. It has an eight terabyte hard drive that can give six to seven months of recording. That’s the system that Mr Bascoe has right now and it is the first school in Jamaica that has a system like that at this point in time. I feel comfortable within myself that I can do that for the safety of teachers and students and the entire school. It’s costly yes, but it doesn’t matter, it’s for safety.”

The system also allows the principal to access it by using his cell phone or other smart device. Between 2008 and 2012, Moulton installed surveillance systems in 12 schools across five parishes.