Women quick to be thrown off ‘glass cliff’ – academic 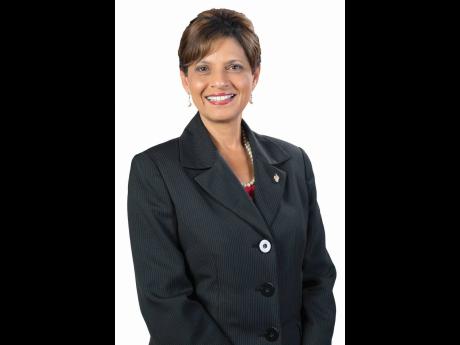 Women who have suffered from discriminatory hiring policies are more likely to be promoted to leadership when companies are on the brink of failure, a university academic has asserted.

Women were also more likely to be put in leadership positions in failing schools and given the reins of political parties in unstable times, such as during elections, Dr Luz Longsworth, pro vice-chancellor and principal of the University of the West Indies Open Campus, has said. She argues that women often sacrificed themselves to save organisations because of their socialisation as nurturers.

“So when the organisation fails, the woman is thrown off the glass cliff as being responsible for the failure. The research also shows that when and if the woman is able to rescue the organisation, she is also more likely to be replaced by a man,” said Longsworth, speaking on the eve of International Women’s Day at the first anniversary luncheon of Sarah’s Children at the S Hotel in Montego Bay Thursday afternoon.

“The theory of the glass ceiling as the painful barrier that prevents women from moving to the very top of their organisations and/or their professions is still real and still very evident in our societies,” Longsworth stated.

She added that despite international trends that show women graduating from higher-education institutions in larger numbers than men, structural barriers still block access to the top tiers of management.

The university head, who is in charge of 17 campuses across the region, cited the United States as a classic example where, despite claiming more second-tier management positions, they were victims of the famed ‘old boys’ club’.

“Here in Jamaica and in the region, we see some cracks too, but also not enough. In business, politics, academia, we see a dearth of balance in women representatives at the highest level. In CARICOM, there are 23 members and associate members and only two female heads of government … no balance there,” she pointed out.

In Jamaican academia, none of the major universities is headed by a woman. And across the Caribbean, only four are headed by women.