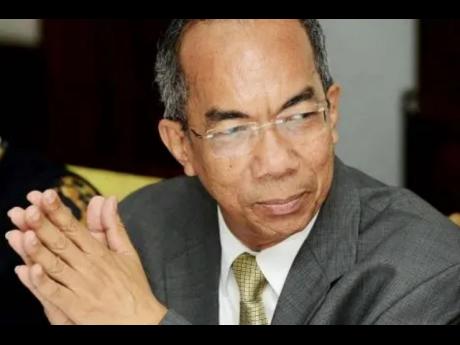 Chang...the coast of St Catherine between Old Harbour and Portmore is one of the areas where the gun-for-drugs trade is prevalent.

Minister of National Security Dr Horace Chang has raised concerns that a culture of violent crimes has taken root in a number of communities that fall between Old Harbour and Portmore in St Catherine.

The concerns follow the brutal killing of two students, David Cameron, 15, and Brittany Allen, 14, in Westchester, Portmore on Thursday.

According to reports, the two Donald Quarrie High School students died after armed thugs entered the house where they were staying and opened fire.

Chang, in a statement yesterday, said reports have indicated that the coast of St Catherine between Old Harbour and Portmore “is one of the areas where the gun-for-drugs trade is prevalent.”

However, he says the police will continue to improve their response capabilities by strengthening the Anti-Gang Task Force.

Chang says this will allow them to better manage areas of high crime and gang violence.

To support the efforts of the police, he said, the ministry of national security will increase expenditure to programmes that teach young people life skills, discipline and patience.

Chang expressed regret at the killing of the two students, noting that the loss to the nation cannot be quantified when young people are murdered.