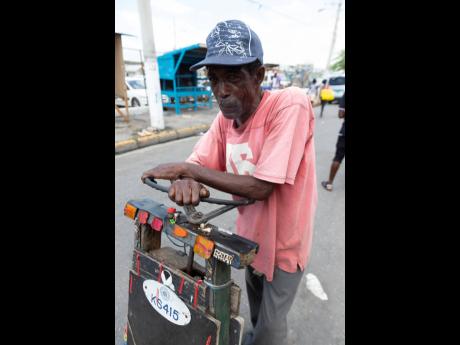 Citing procedural weaknesses for the collapse of the system, town clerk at the Kingston and St Andrew Municipal Corporation (KSAMC) Robert Hill says that the council plans to restart registration of handcarts operating in market spaces next month.

Approximately 400 handcarts were registered in 2013 – the last time there was a registration exercise.

Hill has hinted that he intends to iron out systemic flaws and improve the aesthetics of the city’s market districts.

“We are reviewing the operations based on the fact that there were some weaknesses identified in the assessment a long time ago now, and we have not since looked back at it,” Hill told The Gleaner.

“But we are to do so in the new financial year as part of the vendor registration process in our market spaces. That will be done in the month of April,” Hill said.

The KSAMC will seek to have consultations with the handcart operators and other stakeholders about the registration revamp.

“As a result, we will be having some meetings with them and the police very shortly so as to thrash out those worrisome issues,” the town clerk said. “But on the whole, I believe that based on where I’m sitting, having the carts registered is not a bad idea. I believe that it needs some work, and also some reorganisation, but in general, I am not averse to the idea of registration for handcarts.”

The municipal authorities will also seek to restrict handcart operators to specific zones.

Former mayor Angela Brown Burke, who developed plans for the registration of the popularly used handcarts, described the registry as a valuable exercise with the “added benefit of recognising a group of service providers that often go unrecognised”.

“The registration of handcarts came out of a combination of reasons, none of them for revenue generation, as some people believe, but more out of reasons around security in the markets,” said Brown Burke, who is now member of parliament for the South St Andrew constituency.

“We had got a number of complaints from individuals who spoke at the time of their concerns in regards to the safety of goods and of their person,” she said.

Back in 2013, registration cost operators $3,000 while handcart owners who rented them out were charged $500 per cart.

The policy of registering and licensing handcarts is not new. It had been on the law books since the 1950s.