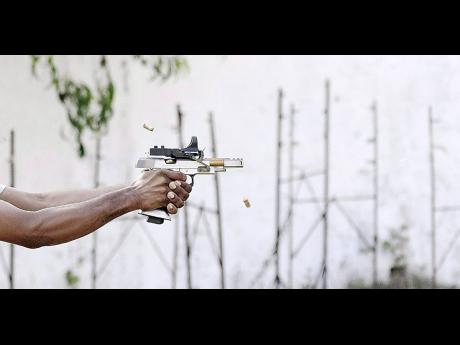 As crime figures climb, the security of licensed firearms in households has come under scrutiny as more than 600 persons have applied to the Firearm Licensing Authority (FLA) for gun permits since January 1.

Of that number, 24 applications have been denied because persons failed to meet adequate safety measures in the household.

Some of the applications are still being processed, however, and could be denied upon home inspections by the authority.

The breaches range from inadequate safes to lack of proper fencing around the home, the absence of grilles on windows and doors, and “no adequate storage facility such as area for a secured safe to be affixed,” the FLA outlined in an emailed response last week.

At the same time, the FLA said it denied 214 persons the right to carry and operate a licensed firearm because of inadequate storage and safety inside the household since 2017.

It noted that persons’ applications may also be turned down because of other reasons, such as background and personality/mental checks.

“The safety of children in such environments will always be a concern to us. A lot of persons may not understand the consequence of having it (gun) in the household, not observing the dangers of children gaining access to it or playing around with it, so persons need to be very careful,” explained Children’s Advocate Diahann Gordon Harrison in an interview with The Sunday Gleaner last week.

CEO of the Child Protection and Family Services Agency (CPFSA), Rosalee Gage-Grey, added that firearm holders should avoid unnecessary exposure of the weapons to children, and warned parents against using the gun to threaten unruly children.

“It would be tantamount to abuse if they take it out and threaten them (children) with it … in the case of an older child or so on. That is totally a no-no,” she said, adding that licensed firearm holders are expected to uphold fully the regulations set out by the FLA.

Both the Office of the Children’s Advocate and the CPFSA are mandated to investigate households where children have reportedly been hurt or killed by licensed firearm holders. Their focus, however, is the safety of the household in general for the affected child or children living there.

According to the FLA, the body has investigated only three incidents since 2017 in which children have been hurt or killed with licensed firearms in households. The agency could not say, however, whether any prosecutions have come from those investigations, which it said are still open.

“For you to become a licensed firearm holder, a home inspection has to be done, and a part of the requirement is that you have a safe that is out of the reach of children. That is really where it starts,” said Corporate Communications Officer Toni-Ann Kelly, explaining the rigorous inspections and safety measures taken by the FLA two weeks ago.

Kelly explained that weapons involved in police investigations are confiscated from their owners, who cannot relicense the weapon pending investigation. Where the weapon holder is found negligent or at fault, there is recourse in the law, she noted.

The safety measures by the authority were welcomed by Shelly-Ann Adams, the mother of a six-year-old girl, whose father has been a licensed firearm holder for three years.

Adams said that over the period, she has been living on edge as she monitors the distance between her daughter and the weapon that her father often leaves unattended on their bed or dresser.

“There have been times where it has been left unintentionally in an area where she can access it, but luckily she is smart enough to point out that this has been done, and that it is not supposed to be there,” said Adams. “So she might come into the bed and say, ‘Daddy, there’s your gun. Please remove it’.

“I wouldn’t say that it has been a constant thing, but there have been a few times where I have had to tell him to always remember that you have to keep it as far always as possible. Yes, you want to have it readily accessible to you, but at the same time, he has to keep it out of reach,” she stressed.

Among the children whose deaths are being investigated are four-year-old Nathan Newman, who shot himself with his father’s assigned pistol in December 2017; and fifth-form Kingston College student Daniel Wray, who was shot when he and his friend were playing with a gun belonging to the friend’s relative in October last year.