Homeowners wrangle with strata as complex goes to rot 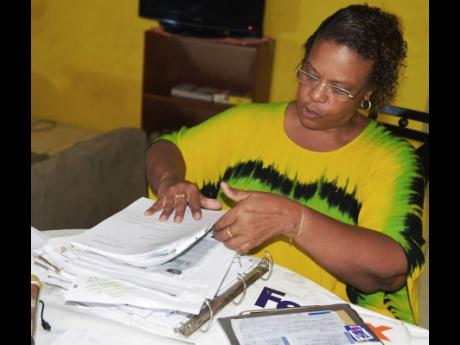 Mark Titus
Pamela Morris goes through documents on the management of the Sunshine Village complex. 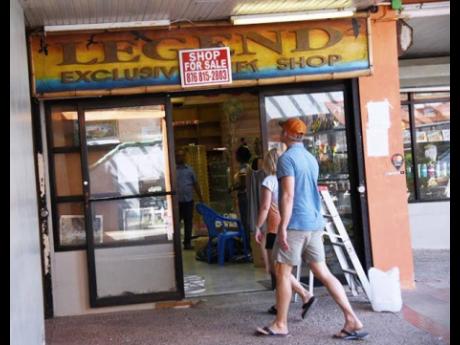 Mark Titus
A shop up for sale in Sunshine Village, Negril. 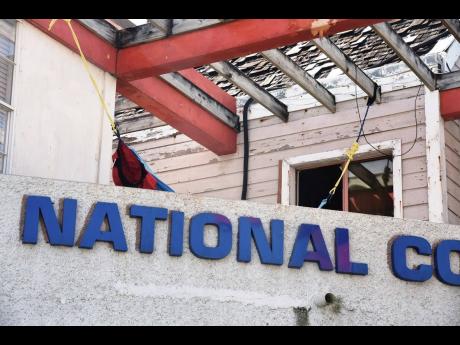 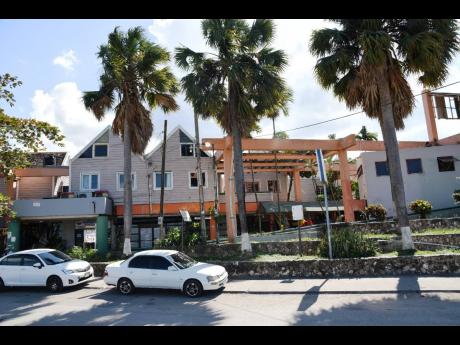 Mark Titus
A section of Sunshine Village in Negril.
1
2
3
4

Several overseas-based homeowners at the Sunshine Village Complex in Negril, Westmoreland, are calling on the Government to intervene in an ongoing dispute over the financial management of the strata plan facility.

Sunshine Village Complex, or The Proprietor’s, Strata Plan #649, was Negril’s premier one-stop shopping experience known as the Singles Hotel in the early years.

The two-storey facility consists of 32 condos on the top floor and 26 commercial units on the ground and has attracted both local and foreign investors over the years. But stakeholders are unhappy with the board’s refusal to produce a financial audit, as well as the decline of the infrastructure despite an increase in maintenance fees.

“We are calling on the Government to intervene in this situation,” said 59-year-old Pamela Morris, a registered nurse in the state of New York. “Our hard-earned money was invested into a dream, but this has become a disaster, and we have been pleading for the Government’s intervention for the past three years, but no response.

“It was my dream to own a piece of this paradise, Jamaica,” Morris told The Sunday Gleaner. “My first home overlooking the beautiful Caribbean Sea, in Jamaica’s entertainment capital was like a two-for-one deal, but since August 2016, I have not had access to my condo, but I still have to be paying a monthly mortgage of US$1,000.”

According to Morris, who has Jamaican roots, the proprietors are concerned with alleged improprieties in the financial management of the complex.

“No one sought to explain, and I am now the lone voice against the big guys. All who are supporting me chose to do so quietly … out of fear.”

Another owner who spoke on condition of anonymity told The Sunday Gleaner that the maintenance fee was increased to $16,666.91 monthly from $12,000, but no one on the board is willing to say how the monies were being spent.

“We are presently operating without public liability insurance for over a year now, and we recently learned that the water bill of some $400,000 is still unpaid, so if the water is disconnected, and there is a fire, we are in trouble ... . We will have nothing to get.”

The property owners say they called for a meeting to discuss the issues, including the failure to produce receipts for payables amounting to $4 million, but none of the executive members attended.

Apart from some delivery trucks at the Hi-Lo supermarket, there was very little commercial activity when The Sunday Gleaner visited the facility. Two duty-free shops appeared to be jostling for the handful of tourists seen along the corridor, with one offering as much as 70 per cent off selected goods. Other shops were vacant, up for sale, or rental.

Several residential units were also being sold, with others vacant. Security was lax, as we gained entry by just waiting for someone to exit the facility. None of the security personnel questioned t he Sunday Gleaner team as we walked around taking photographs, but none was willing to comment on the situation.

When contacted, Denroy Pusey, chairman of the five-member executive committee, declined a telephone interview, and there was no response to questions sent via email, despite the strata office acknowledging receipt.

However, a source intimate with the longstanding issue told The Sunday Gleaner that the proprietors are also at fault, as there is more than $30 million in maintenance outstanding. “The owners are not paying,” the source said. “There is one person owing over one million dollars, and they are making no effort to settle their outstanding balances and the income is derived from the maintenance fee that is collected on a monthly basis.

“Another owes over $8 million, but she is contesting those charges in the courts,” the source added.

Pamela Morris is also listed among the non-compliant with outstanding payments of maintenance and electricity said to amount to more than $500,000, but she says the move is malicious. “I paid $7 million to earn my right to demand transparency and equity,” Morris quipped. “They are now taking steps to seize my condo, but I won’t run away like others … . I will not stop until justice is served.

“They went after me; reversing credits issued to me prior. All of a sudden, my pristine payment record having purchased supplies from the US, computers, water pumps, equipment, furniture and my service as chairman was completely reversed.

“It is now said that I owe hundreds of thousands of dollars.”

Morris made a counterclaim in the Westmoreland Parish Court of $912,000 for breach of contract. She says she has to seek other accommodation when she comes to Jamaica for each court hearing, as she has not slept in her condo since August 2016.

“It is hard to be paying a US$1,000 mortgage, but unable to enjoy what Negril really offers, and this has shaken me up both financially and emotionally.”

Morris also produced documents to support her claim that an account was opened in Kingston by a property management firm that oversaw the facility for two years, where cash from the strata was being deposited without the knowledge of the stakeholders. “That account remained open for six months after they resigned, still collecting money from proprietors unbeknownst to them, to the tune of close to $1 million that I could find, when I served as chairman.

“My motive for becoming part of the executive and subsequently the chairman was to get to the bottom of what was really happening because several foreign homeowners had sold their apartments or are advertising for sale and have left Jamaica.”

According to Morris, she sought the intervention of the Strata commission but said nothing came of the petition for arbitration.

She says a report was also made to the Major Organised Crime and Anti-Corruption Task Force, National Integrity Action, and the Financial Investigations Division, but to no avail.