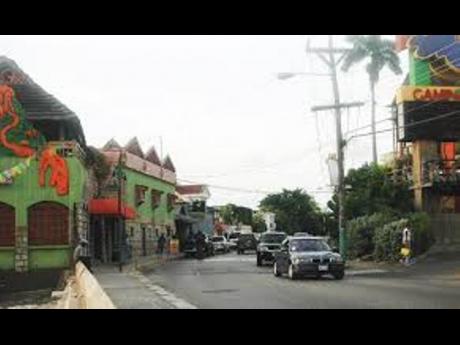 The Montego Bay Chamber of Commerce and Industry (MBCCI) and Jamaica Hotel and Tourist Association (JHTA) are jointly expressing concern over rising crime in St James in the aftermath of the withdrawal of the State of Emergency (SOE).

In a joint statement issued today, the MBCCI and JHTA said:"Despite the assurances and re-assurances by the government of Jamaica and the joint security forces that every effort will be made to ensure the gains of the enhanced security measures will continue... the rising trend of brazen, cold-hearted shootings and killings within the parish, gives great concern for the assurances."

The concern of the MBCCCI and JHTA comes just hours after a courier transporting millions in cash and a security guard were shot and killed by gunmen in downtown Montego Bay this morning.

This morning's killings come a week after a six-year-old boy and a 27-year-old man were shot and killed as they returned home from school on a bike in the second city.

The western parish has also witnessed several other violent incidences since the SOE was lifted at the end of January.

The second city's main business groups pointed out that the implementation of the state of emergency, which began January 2018 and ended in January this year, "resulted in unprecedented reductions in murders and general criminal activity and brought in large measure a sense of peace and calm to the business community and citizens in the parish.

Both the MBCCI and JHTA are now urging the government, as well as the joint security forces to "hasten the implementation of the relevant policies, legislation and strategies to bring an instant halt of this undesirable trend that has returned to the city and the parish of St James".