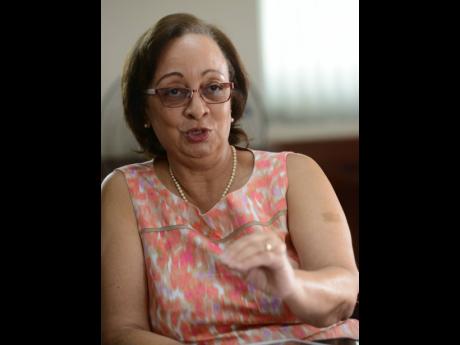 Mothers and newborns often suffer from the absence of fathers in the first weeks after childbirth, a problem that could be remedied by the adoption of paternity leave in Jamaica.

“We’ve been doing a lot of research on the family and we have found that parents have been asking for a lot more support, and it is something that we need to get right,” said Samms-Vaughan during the signing of a service agreement between Family Life Ministries and the Child Protection and Family Services Agency (CPFSA).

“One group that has really been left out is the fathers, and we have to ensure that our parental support reaches the fathers … . A lot of the times, parenting workshops tend to reach mothers more because they have the maternity leave, and they are the ones who go to clinic, but it is for this same reason why paternity leave is so important,” she said.

“Fathers who get paternity leave engage more with their children from early. When you get that early bond with your child, then that child is more likely to stay,” she said, noting that the length of paternity leave can be debated, but a minimum of six months is reasonable.

“There are countries who just give leave and it is shared between the mother and the father, and then the families decide. We would have to have the debates and private discussions with private- and public-sector organisations to decide what is best. But the principle of paternity leave is very important,” added Samms-Vaughan.

Dr Herbert Gayle, social anthropologist and one of the founders of Fathers Inc, a male lobby group, said that quite often, many Jamaicans foolishly think of paternity leave as a free excuse from work for fathers.

“When you read the literature from other countries and you see the rational for paternity leave, it is not primarily about the man. I think we in this region are trapped in this anti-male thinking, rather than understand the whole point of it,” said Gayle.

“Something as simple as giving the father a week would be good – even to start at a week when the mother has just had the baby so she can get some sleep. If it is even to allow the mother to get some rest because she is the primary nurturer. Ask any mother and father … . To stay up in the night is a major thing,” said Gayle.

Gayle argues that contrary to cultural thinking, the role of fathers in Jamaica is not as under-regarded as many persons think. Fathers over the years have been demonstrating superb levels of commitment which often go under the radar.

In the meantime, CEO of Family Life Ministries, Dr Barry Davidson, said paternity leave is crucial in the early years of a child’s life.

“Eighty-five per cent of a child’s ultimate personality is formed between birth and six to seven years. Those formative years require both parents to be actively involved in a child’s life, and it would be wonderful to see that happen, because many men feel that they are only involved in the child’s life when the child is big enough to play football,” he said.

“It (paternity leave) is going to take a lot of partnership,” he said.