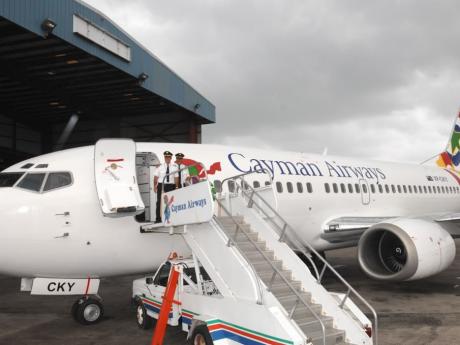 Cayman Airways and the Civil Aviation Administration of China, operators of the new Boeing 737 MAX 8 aircraft, have suspended operation of the plane in the wake of the tragic loss of Ethiopian Airlines Flight 302 on Sunday.

Cayman Airways has two MAX jets, while Chinese airlines have 96.

The Boeing 737 Max 8 aircraft was en route to Nairobi, Kenya when it crashed minutes after take-off, killing the 157 people on board.

This is the second MAX 8 to crash in the last five months.

In October, one of the brands, operated by Indonesian budget carrier Lion Airline, flying from Jakarta on a domestic route, crashed 13 minutes after take-off, killing 189 people on board.

That crash is still being investigated.

Extending condolences to the families and loved ones of the passengers and crew on board the March 10 flight, Cayman Airways, in a statement Sunday evening, stated that while the cause of this sad loss was undetermined at this time, they stand by their commitment to putting the safety of their  passengers and crew first.

“By maintaining complete and undoubtable safe operations, we have taken the decision to suspend operations of both our new Boeing 737 Max 8 aircraft, effective Monday March 11, 2019, until more information is received," Cayman Airways president and CEO Fabian Whorms was quoted as saying in the statement.

The Cayman Airways executive said he was currently working in coordination with both the Boeing Corporation and the Civil Aviation Authority of the Cayman Islands to monitor the investigation into Ethiopian Airlines Flight 302.

"We offer our valued customers our continued assurance that all prudent and necessary actions required for the safe operation of our Max 8s will be accomplished before the aircraft are returned to service," he said.

He added that some relatively minor, but necessary schedule and capacity changes, will be needed over the next few days to manage the flight schedule in instances where the national airline may be short on available aircraft.

"We appreciate the understanding and support of our customers as we implement these changes, and apologise in advance for any inconveniences that may be caused," he said.

In November 2018, Caribbean Airlines announced that it had ordered 12 Boeing 737 Max 8 aircraft.

The 737 MAX family is the fastest-selling airplane in Boeing history accumulating about 4,800 orders from more than 100 customers worldwide.