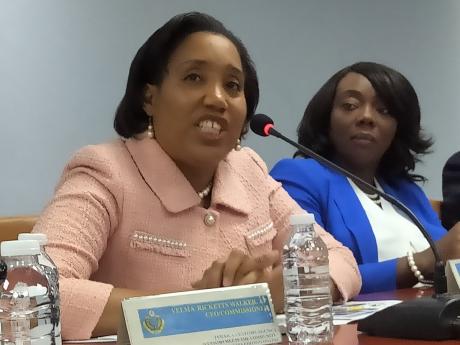 The Jamaica Customs Agency said it is on track to roll out the electronic single-window system for trade in 2021.

The system, which is currently being worked on by customs and border regulatory agencies, will facilitate the submission on one platform of all documentation relating to trade.

"We understand, we have listened and we put in the investments in place to make it happen," said CEO of the Jamaica Customs Agency, Velma Ricketts Walker, on Monday during an online forum,  'Customs meets the Diaspora'.

"We want to stop where persons have to be running around to various entities, it was a norm but it is no longer a norm," she said.

.@jacustoms CEO Velma Ricketts Walker says an electronic single window for trade is coming to help to make it easier for entities wishing to import items to Jamaica #CustomsMeetsDiaspora pic.twitter.com/OJNIXf6jqC

Ricketts Walker also said the trade information portal, which is expected to be launched in May, will help to make the electronic single window system seamless.

"We are telling all persons involved in trade that we want to facilitate a single platform where you can go and get information so you won't need to be going to all the different entities just go on that single platform," she said.

The platform will provide information including licensing or permit requirements for importation, the charter standard and the expected documentation processing period.

Meanwhile, the chief executive officer of the Passport, Immigration and Citizenship, Andrew Wynter, said it is critical that importers appreciate the time it takes to upgrade systems.

He said, given the threat of cyber security, state agencies must ensure that their systems are robust.