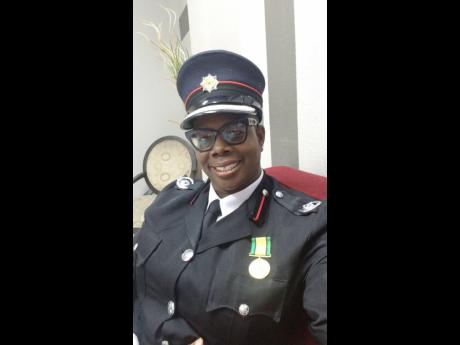 The Jamaica Fire Brigade (JFB) is reporting an increase in the number of female recruits.

Additionally, she says, women are stationed in every department and occupy key positions, including instructors, incident commanders, sub-officers, and turnout officers.

This, the JFB officer indicated, “is a far cry from a few years ago when we were confined to answering telephones and sit in watch rooms”.

She was speaking at an International Women’s Day symposium organised by the Bureau of Gender Affairs in the Ministry of Culture, Gender, Entertainment and Sport, at the Jamaica Conference Centre in downtown Kingston on Friday.

The forum was held under the theme: ‘Think Equal, Build Smart, Innovate for Change’.

Assistant Commissioner Davis Buckle said increased recruitment of females as firefighters in Jamaica is consistent with the growing trend across the Caribbean and globe.

“We are making strides in this male-dominated profession, drifting from the coast of marginalisation and towards the isle of equality, as opportunities for all women present themselves,” she added.

Meanwhile, Davis Buckle said the JFB has developed a Sexual Harassment Policy as part of measures to safeguard the welfare of female firefighters.

The policy, she explained, stipulates that “sexism, slurs and abusive behaviour are not tolerated in the Jamaica Fire Brigade”, and that “females are also called firefighters and not firewomen”.

Assistant Commissioner Davis Buckle, who serves as the JFB’s Acting Chief Fire Prevention Officer, is the highest ranked female in the service.

She proudly shared that she leads a team of “awesome women” within the Fire Prevention Division, which she heads.

“We are fearless, defiant, progressive. We accomplish anything that we put our minds to,” she emphatically stated.

The symposium was hosted in partnership with the High Commission of Canada in Jamaica, European Union, LASCO Chin Foundation and JFB.

It was one of several activities marking Jamaica commemoration of International Women’s Day on March 8.