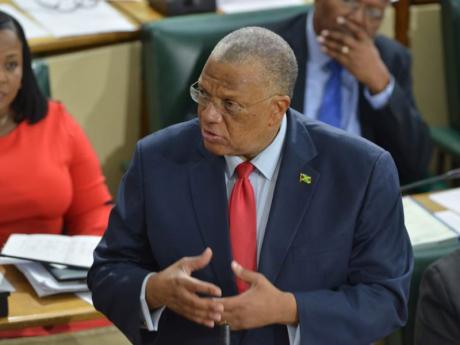 Opposition Leader Dr Peter Phillips has suggested that there is a "deliberate attempt" to destroy the state-owned bus company, the Jamaica Urban Transit Company (JUTC).

As an example of the "deliberate depletion" of the JUTC over the last two years, Phillips said that more than 100 buses have been taken out of service for maintenance.

He charged, too, that between 2016 and last year, fare collection fell off by over $1 billion.

"Projected losses of the JUTC for [financial year] 2019-20 amount to $9 billion. This is at the highest level ever," Phillips said during his contribution to the 2019-2020 Budget Debate in Gordon House today.

He said that while losses are mounting at the JUTC, the Government is putting more taxis on the roads without any plans for organised urban transport.