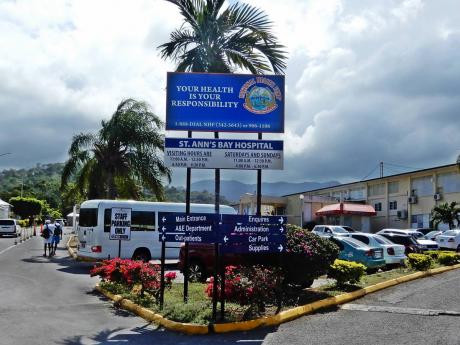 More than 50 nurses have resigned their posts at the St Ann’s Bay Hospital to take up offers overseas between September last year and January 2019, a source have informed The Gleaner.

When contacted, regional director of the North East Regional Health Authority (NERHA), Fabia Lamm, while not offering a breakdown, admitted that the region, which consists of medical facilities in St Ann, St Mary and Portland, has been severely hit over the last 14 months by 73 resignations as experienced nurses have been heading overseas to work.

“Yes, we are severely affected with the shortage of nurses as a result of recruiting exercises overseas,” Lamm acknowledged. “In 2018, from NERHA, we had 63 resignations. since the beginning of January, we’ve had 10 resignations and counting, and this is data up to the end of February. So we are seeing very quick attrition of nurses that also affects how we operate, because what you’re now left with is fewer nurses in the system having to work longer shifts and overtime, and so the issues are there in terms of how we cope,” he said.

Lamm said the Ministry of Health is looking at several initiatives to try and address the shortage of nurses.

One senior member of the nursing staff at the hospital, who wished not to be identified, admitted that long-standing issues of poor service at the hospital have been exacerbated over the past few months due to the resignations, and compounded further with recent statistics showing more admissions and longer length of stay at the facility.

“The mass migration of nurses has a crippling and far-reaching effect, because what is happening to the current workforce left behind is longer hours and increased workload for them. so there is an increase in burnout and fatigue, which will eventually compromise patient care,” she pointed out.

She added that there is now an overdependence on new graduates, who do not yet have the experience of those who have migrated, and this has, in part, led to dissatisfaction of services being offered at the hospital.

Meanwhile, one medical personnel has suggested that accusations of poor service being offered at the hospital is the result of a combination of several factors.

“The nurses have been trained properly and that is one of the reasons why they are being recruited overseas, year after year. Therefore, they know what to do, how to function in their job, whether they have the experience or not,” she pointed out.

“I believe that in several instances there is a lack of team work, as workers don’t back up each as they should. In addition to that, working conditions are not what they should be and only serve to demotivate workers. It’s hard to give of your best when you have to work long hours under testing circumstances and is not being adequately compensated. You work extended hours, you face abuse by patients, and at the end of the period, you can’t even pay your bills. Is it any wonder nurses are leaving at the first chance they get?”