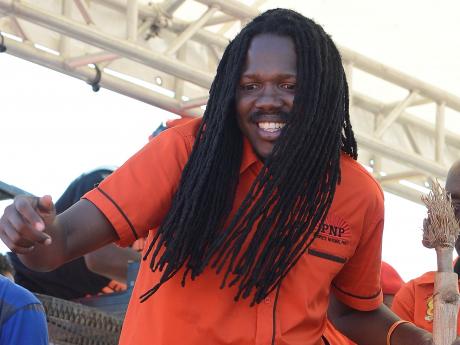 Under the Representation of the People Act, a member of the Senate is not qualified to be elected to the House of Representatives.

This afternoon, Stephen Edwards, the president of the Jamaica Labour Party (JLP's) young professional arm, Generation 2000, took to Twitter questioning whether Crawford had been duly nominated given his position as a senator.

Has Damion Crawford resigned from the Senate? Was he duly nominated? See section 40 (1) (a) of the constitution of Jamaica pic.twitter.com/qjIOBkrXbV

However, Robinson said Crawford’s resignation letter was received by the Governor General yesterday.

Crawford, a one-term St Andrew East Rural MP was today nominated to run for the PNP in Portland Eastern.

Crawford and Vaz are seeking to fill the seat left vacant by the February 2 murder of Dr Lynvale Bloomfield.