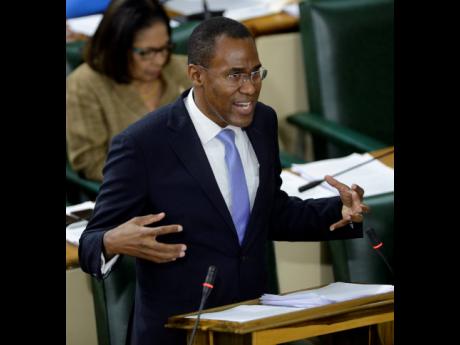 The following is an analysis of Finance Minister Dr Nigel Clarke’s opening presentation in the Budget Debate, submitted before the response from his opposition counterpart, Mark Golding.

On March 5, 2018, the people of St Andrew North West elected Dr Nigel Clarke to represent their interests as member of parliament for the constituency. Now, a year later, Dr Clarke has delivered his inaugural Budget presentation as minister of finance. While there are several noteworthy elements to this speech, I will analyse to see the implications this has for overall youth development.

A major highlight of this year’s presentation was the increased allocation to Programme of Advancement Through Health and Education (PATH) beneficiaries. According to the minister, “Under the PATH School-Feeding Programme, an additional allocation of $347 million … has been made available to facilitate the expansion of the programme to PATH beneficiaries at the early-childhood level.”

He also said: “An additional allocation of $200 million has been provided … under the Examination Fees Assistance Programme to support payment for four additional subjects for PATH secondary-level students sitting exit CSEC (Caribbean Secondary Education Certificate) examinations … [and] an allocation of $380 million in budgetary support has been provided to support the provision of transportation grants to schools.”

The increased allocation to PATH recipients in a number of areas, such as school feeding, CSEC subjects, and transportation, is a welcome move by the Government. With minimum wage being J$7,000, any additional reprieve given to struggling parents is positive for the overall social development of the country.

Duncan and Magnuson (2003) suggest that the early-childhood level is the best time to invest in educational programmes, especially if physiological needs are not being met in the home environment. With a fairly youthful population, more students benefit from these programmes’ expansion.

Now, PATH recipients stand to benefit from potentially 12 subjects being covered by the Government instead of the previous eight. Students who dwell in rural areas also benefit from the increased allocations, as transportation costs are extremely expensive in these areas.

On the point of the Students’ Loan Bureau (SLB), the finance minister announced in his presentation that “eligible borrowers in good standing with the SLB will be entitled to a reduction in their interest rates of two percentage points”.

The Government has also changed the process to repay student loans. Instead of paying penalties, interests, and only afterwards the principal amount, loan repayments will first focus on outstanding principal and interest payments, followed by arrears.

This is beneficial because it leads to lower student loan repayments in the long run due to a declining principal balance to be repaid. Moreover, if you are unable to get a job early after graduating from university, the cost of arrears can accumulate rather quickly, thus contributing to the financial noose youth face early on in their careers. Hence, this decision directly benefits tertiary students.

In Jamaica, there has been an increase in the number of youths participating in service through charitable organisations. With the proposed measure, the Government is encouraging participation in charities, as there is an immediate financial benefit for those who are SLB borrowers. Charitable organisations contribute significantly to the social fabric of the country. Recognising that fact is important, as the Government is further encouraging more participation in this crucial sector.

Anthony Rhoden is a high-school student whose academic focus is economics. Send feedback to editorial@gleanerjm.com.