Of rum and cane 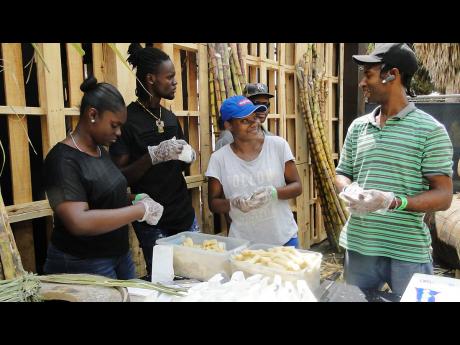 Paul Williams
People packaging sugar cane at the entrance to the grounds of the Jamaica Rum Festival on Saturday, March 9. 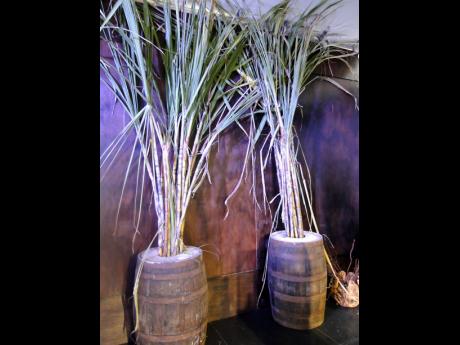 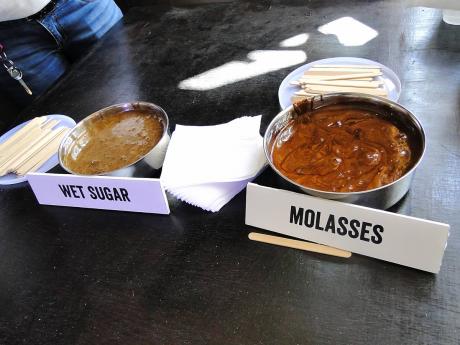 Paul Williams
The labels say it all. 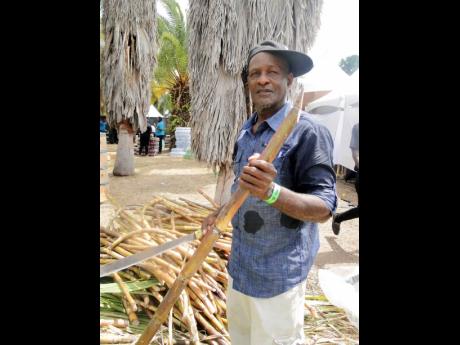 Paul Williams
Leopold Maye of Summerfield, north Clarendon, was very much at home at the Jamaica Rum Festival at Hope Gardens in St Andrew on Saturday, March 9. 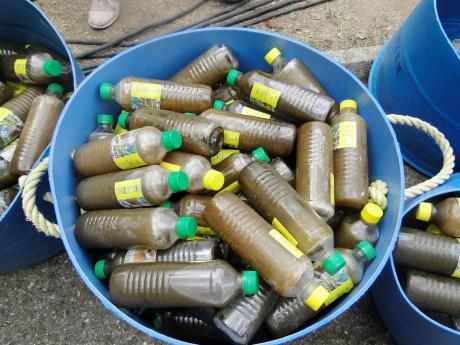 Rum, rum, rum it was everywhere. In bottles, in glasses, in cups, in punches, and in people’s guts. What else was to be expected when the event was billed a rum-fest?

The ‘rum heads’ and wannabes came out in their bumper-to-bumper numbers with inviting palates and pockets laden with cash. And the children? They were all locked out. Good! The Jamaica Rum Festival, held at Hope Gardens from March 9-10 was a ‘big-people sinting’.

It was the first thing that patrons saw when they entered an arch reminiscent of Holland Bamboo in St Elizabeth. There were many stalks ‘growing’ from rum barrels, making a statement, saying that rum comes from sugar cane. And when The Gleaner exited the arch, there was more sugar cane on the left.

Standing over a big pile of it, with his machete in his hand, was none other than Leopold Maye himself, all the way from Summerfield in north Clarendon. Maye is a farmer who produces and sells cane juice, wet sugar, molasses, etc. He is well known on the rum and sugar cane landscape, and it would have been a major faux pas if he was not present at Jamaica Rum Festival. His cold cane juice was a welcoming quencher to the fire of the rum.

At the actual entrance to the grounds were young people cutting, peeling, and bagging sugar cane for the patrons. It was really a sweet gesture, a prelude to the rum in all its diversity. And with their little, white bags of sugar cane, the patrons entered into the world of the sugar cane.

There was a hall set up to tell the story of the sugar cane. In addition to the rum barrels, with more sugar cane rising from them, there were storyboards on which the history and evolution of rum and sugar cane was printed. So, the educational value of the festival made the event as rich as the wet sugar and molasses that were available for sampling.

The first annual Jamaica Rum Festival was about the rum, but it was a time when the sugar cane, too, was king.