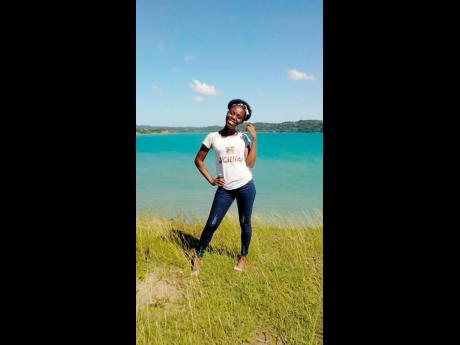 Publicly scorned and treated as less than human by nurses, government workers certified to care for and exercise empathy towards the sick, Nacia Davis, who had been diagnosed with the human immunodeficiency virus (HIV) some two years earlier, knew she had to do something to change the way victims of the virus are viewed.

In her recollection of the psychologically painful event that initially sparked her dedication as an advocate for HIV, Davis told The Gleaner that it followed the birth of her now five-year-old twins.

They literally threw out everything that they had used in the process. She said, “I remember hearing the midwives speaking of me as a ‘biohazard’ because I am a woman living with HIV, and, of course, I was offended at the time, but being aware, I knew they did not know better.”

Davis added, “I even laugh looking back at it on some days. So in light of that, I have been advocating for the past five years for the rights of young women living with HIV because our issues are compounded beyond general comprehension.”

Davis agreed that even with improvements in technology and unlimited access to information, there remain numerous misconceptions about people living with HIV (PLHIV), the biggest, according to her, being the belief that they are no longer ‘normal’.

“We still need love, we still need to feel appreciated. we still desire careers and marriage with a family and that white picket fence. Many people believe that we should give up on these dreams because we will die soon anyway,” she said as she laughed at the absurdity of such a belief.

And almost in an attempt to poison any lingering curiosity as to whether there might be truths to the ludicrous misconception, Davis added, “Funny enough, that is not the reality, and strides have been made towards a cure. We have been living and will continue to live and achieve all that we aspire as normal people, because we are.”

The strong-willed young woman’s passion for defending the rights of PLHIV took her to the AIDS 2018 Conference in Amsterdam in The Netherlands, where she was privy to a wealth of knowledge surrounding the challenges of the most at-risk populations.

“Advancement in testing and treatment was discussed, as well as the gaps that have been filled in providing support for most at-risk persons, many of which I believe, if replicated in Jamaica, will positively contribute to the HIV/AIDS response for 2030,” she told The Gleaner.

She added, “The knowledge I gained there was shared with former colleagues. When the MoH (Ministry of Health) had their annual retreat in 2018 and had dialogues of bridging gaps for the HIV response, the best practices I had gathered from the conference, especially for men who have sex with men and female commercial sex workers, was shared as potential strategies to combat the issues we are facing to reach and support these populations,” she said, adding her hopes that the information shared will be considered and replicated.