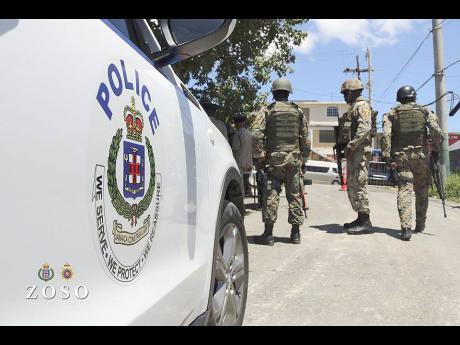 Generation 2000 (G2K), the young professional arm of the governing Jamaica Labour Party, has called for the immediate re-instatement of the state of public emergency (SOE) in St James.

The St James SOE, along with two others that were imposed in the St Catherine North Police Division and across three police divisions in the Corporate Area, came to an end earlier this year after the Opposition voted in Parliament not to support any further extensions.

The call by G2K comes in the wake of a spike in murders across the parish, an appeal by local industry leaders for urgent action by the government and the findings of a RJRGLEANER-commissioned poll that an overwhelming majority of Jamaicans support the SOE.

President of G2K Stephen Edwards urged the parliamentary Opposition to “take their heads out of the sand” and listen to the cries of the people who he said are once again living in fear for their lives.

“The fact that gunmen can be brazen enough to use high-powered weapons to spray a security company vehicle with bullets in broad daylight speaks volumes about how empowered the criminals feel now that there is no SOE,” Edwards said in a statement yesterday.

The comments were in reference to last week’s brazen daylight attack on a money courier and two security guards who were escorting him in the resort town of Montego Bay.

The driver and one of the security guard was killed and the cash, estimated to be between $10 and $20 million, stolen.

Edwards contends that because of the Opposition’s vote the St James SOE ended “prematurely” amid overwhelming support from residents and clear evidence that the measure was making a meaningful impact on crime.

“One therefore wonders in whose interest the Opposition was really acting when they blocked the extension of the SOE, given that their decision runs completely opposite to the will of the Jamaican people,” he questioned.