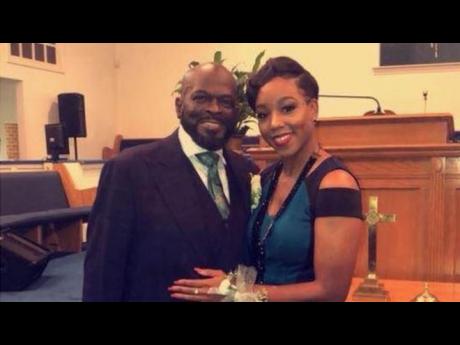 A woman in North Carolina, in the United States, is preparing to donate one of her kidneys to the man who adopted her 27 years ago, in a surprising twist of fate that could save his life.

DeLauren McKnight was adopted by Pastor Billy Houze, 64, and his wife in 1992 while she was in foster care.

Doctors predicted that he would not survive past five years without a transplant, but tests revealed that no other family member was a match.

"There's nothing in this world I wouldn't give him so he can enjoy life and be right there beside me,” McKnight said as she and Houze appeared together on the popular television show ‘Good Morning America’.

"I call him my Superman," she said.

McKnight said she was surprised to learn that she was a match for her father, given the fact that they are not blood-related.

Houze, a father to five children, said he was "extremely proud" of his daughter.

When none of his relatives proved to be donor matches, doctors reportedly gave him the grim news that it could take up to seven years to get a kidney.

Then, last month they tested McKnight and she was a perfect match.

She said when she gave her father the unexpected news he broke down in tears.

McKnight and Houze will be undergoing surgery in the next few weeks.