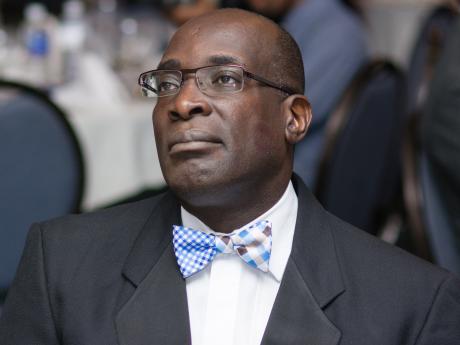 Reid... Resigned this morning after he was asked to do so by the Prime Minister.

Reid this morning stepped down as Education Minister after he was asked to do so by Prime Minister Andrew Holness amid a series of corruption allegations.

He had been the Jamaica College principal up to 2016 but was granted leave of absence to take up the position as a Government minister.

Late last year, the school board extended Reid’s indefinite leave of absence despite opposition from the old boys' association chapters in Jamaica, Canada and New York, the Student’s Council and the Parent-Teachers' Association.

The Gleaner has been reliably informed that following his resignation as Minister of Education Information and Youth, Reid today called officials at Jamaica College to say he was coming back for his job Monday morning.

Reid’s meeting with Bernard comes ahead of today’s 4:00 pm meeting of the entire board.

"Today’s board meeting has only one item on the agenda – Ruel Reid," one source told The Gleaner.

The Gleaner was told that the board was warned not to extend the contract, and also that officials are preparing to return the ministry’s $20 million contribution to Jamaica College for its athletic track.

The ministry made the donation despite the fact that the project was being funded by one Jamaica College old boy.