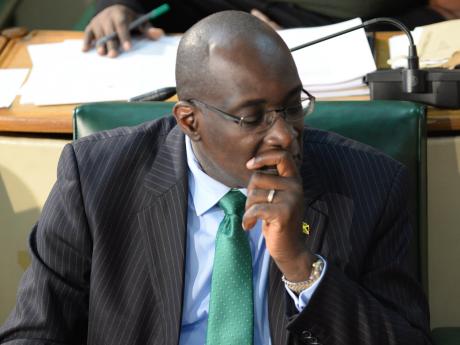 Former Education Minister Ruel Reid has deactivated his Twitter account amid a corruption scandal that this morning forced his resignation.

Despite this, 'Ruel Reid' is trending on the social media platform he once held using the handle ‘HMEReid’.

Prime Minister Andrew Holness says he requested and received Reid's resignation to clear the way for any investigation into allegations of corruption at the Ministry of Education Youth and Information.

The Gleaner has not been able to contact the former minister.

On Monday, the parliamentary Opposition revealed that it had reports of misuse of public funds and corruption at the Education Ministry and suggested that it was equivalent to the scandal uncovered at Petrojam, the state-owned oil refinery.

Opposition Leader Dr Peter Phillips, speaking during a post-Budget press conference, said the allegations are related directly to Caribbean Maritime University and the use of funds sent to the ministry by the HEART Trust for the Career Advancement Programme, as well as the Technical, Vocational, Educational and Training (T-VET) Rationalisation Project.