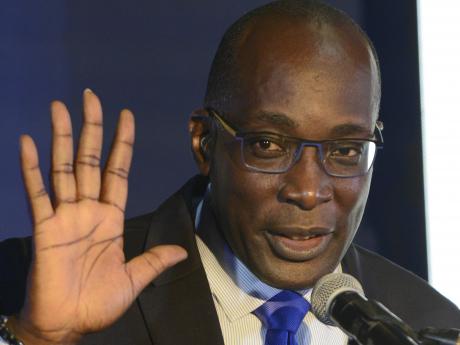 The Jamaica College (JC) board is eagerly awaiting a meeting with Prime Minister Andrew Holness to discuss Ruel Reid's fate as principal at the Old Hope Road-based boys' school, a reliable source has said.

Reid, who was sacked as minister of education yesterday, paused duties as principal at JC in 2016 and was placed on secondment in order to take up ministerial duties.

But now that he has been relieved of duties at the ministry, he is eligible to return as principal, and idea that allegedly has not found favour with the majority of the JC fraternity.

He is said to have a valid principal's contract that ends in 2021.

However, the board and other key stakeholders will have to wait until Holness returns from a meeting scheduled for Friday with US President Donald Trump and a number of other Caribbean leaders to learn what course will be taken.

Reid was sacked as minister over allegations of corruption and misuse of public funds in the ministry.

"On the matter of Ruel Reid's return to the school, we have not yet had an opportunity to meet with the prime minister and the standing committee in the Ministry of Education to discuss recent events. Until those discussions have taken place, we are unable to give greater clarity on Reid's position. In the meantime, our stakeholders, old boys, our parents, and, most importantly, our students can rest assured that the decisions taken will be in the best interest of Jamaica College and all our constituents."