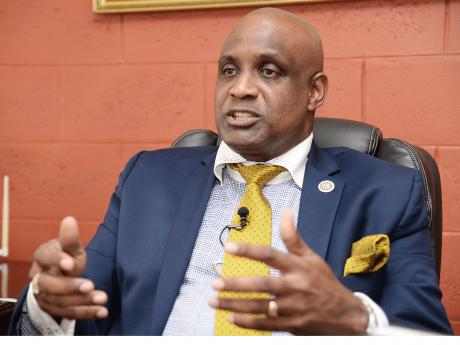 The Patriots, the young professional arm of the People's National Party (PNP), is calling for the immediate resignation of the president of the Caribbean Maritime University (CMU), Fritz Pinnock.

The Patriots contend that Pinnock must be held accountable for failing to protect the integrity of the institution from being linked to a corruption scheme.

Education Minister Ruel Reid was sacked yesterday by Prime Minister Andrew Holness amid allegations of corruption at the ministry and connected entities.

"The summary dismissal of Minister Reid by the prime minister following the allegations suggests that the claims of cronyism, nepotism, and corruption involving the minister and the Caribbean Maritime University are greater than what has already filtered in the public domain and have brought the institution into disrepute," Patriots president Omar Newell said in a statement.

It has been revealed that former St Ann North West Member of Parliament Othneil Lawrence signed a $5.5-million contract to serve as an adviser to Pinnock.

The CMU operates under the Ministry of Education, which was headed by Ruel Reid, who is also the Jamaica Labour Party candidate for the constituency once held by Lawrence.

Two months after signing the contract, Reid was confirmed as Lawrence's replacement as the St Ann North West caretaker.

Lawrence said he gave up the constituency because he felt it was time to step away from representational politics.
Questioning how the events unfolded, the PNP affiliate said the CMU president must tell the nation what he knows about the contracting of Lawrence's services.

"Considering recent developments, Mr Pinnock is now compelled to tell the nation what he knows about Mr Lawrence's contract, when was he hired, what was the convincing circumstances which precipitated his engagement with the maritime institution, and further to disclose the substantial remit for which Mr Lawrence is being paid," said the organisation.