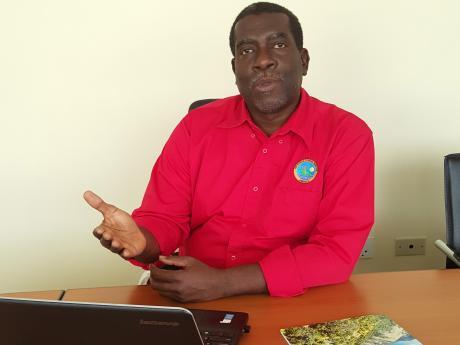 Jamaicans are being encouraged to engage in climate-smart activities for World Meteorological Day, to be observed on March 23.

“We encourage persons to conserve on energy. If you don’t have to do any unnecessary driving on World Meteorological Day, don’t do so. You can also plant a tree or two, so that when they grow,  we will have another set of trees that will remove some of the carbon dioxide from the atmosphere and put some oxygen in it,” Head of the Applied Meteorology Section in the Meteorological Service Division, Ronald Moody, told JIS News.

The World Meteorological Organization has designated this year’s theme as ‘The Sun, the Earth and the Weather’, with a focus on the range of effects from the interconnectedness of the three elements.

Moody said that meteorological research has shown an increase in mean global surface temperature by approximately one degree Celsius since the mid-20th century.

Scientists project that if the trend continues countries could experience temperature increases anywhere between three and five degrees Celsius by the end of the 21st century.

“Even for Jamaica, there has been an increase in temperatures. When we look at the State of the Climate Report that was done in 2015 by the Climate Studies group, it shows that minimum temperature across Jamaica has increased by 0.26 degree Celsius, while maximum temperature has increased by about 0.06 degree Celsius per decade. What that is suggesting for us is that the nights are getting warmer in Jamaica,” Moody said.

While acknowledging that temperatures are rising, studies of the sun over the last 30 years have determined that its energy output has not increased.