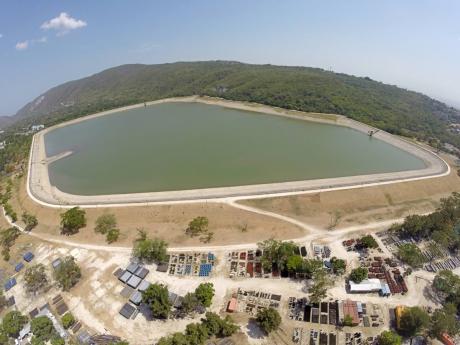 The National Water Commission (NWC) has joined with the Ministry of Economic Growth and Job Creation and other agencies in the Jamaican water sector, as well as the United Nations and similar entities around the world, in celebrating World Water Day on March 22.

Internationally, World Water Day is held annually on this date as a means of focusing public ­attention on the importance of freshwater for normal convenience, human life, and development and of ­advocating for the sustainable management of freshwater resources.

Under this year’s theme, ‘Leaving No One Behind’, the NWC will be participating in a number of varied public events across the island aimed at achieving the World Water Day objectives. This includes participation in an exhibition and the official launch ceremony for the World Water Day celebrations led by the Ministry of Economic Growth and Job Creation at the Font Hill Primary School in St Thomas, starting at 10 a.m. today.

The NWC has contributed $10 million towards the success of the Font Hill Water Supply Upgrading Project, which is being implemented by the ministry as a practical demonstration of the World Water Day theme and objective.

In addition, since the beginning of the month, NWC executives and other representatives have been conducting a series of speakers’ bureau engagements, discussing a wide range of water issues with a number of organisations and audiences. A number of media programmes have also been used to draw public attention to the special day.

A number of special educational tours are also being arranged for various NWC water-supply facilities islandwide. The NWC’s Martha Brae Water Treatment Plant will host more than six school groups on the day for a special series of tours.