Embrace your gifts no matter what – The Asha Mwendo testimony 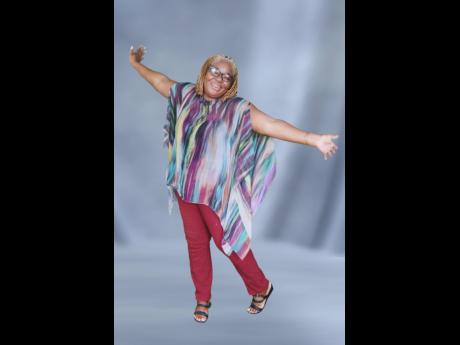 As a woman, you might not be directly told that you cannot do something. But you find the indirect messages in the form of reduced roles at work, unequal pay, purposeful omission of your input, looks of disdain, and every reason given for why someone else will fit the script.

Last week, we shared with you tips on unleashing the creative within and living life as the woman you were meant to be. This week, we share with you the life and testimony of a psychologist and transformational coach, who also presented at the Made in Manchester Women’s Summit.

Mwendo went blind at one point early in her life and exhausted almost all options for treatment, with her mother taking her to every ‘balm yaad’ until, through her grandmother’s wisdom, she received healing.

“My mother had me when she was young, and so she needed guidance. My grandmother took me [in], and she went to God on my behalf. She told me to go and sleep, and when I woke up, I could see. She introduced me to my lifelong partner, the Lord,” Mwendo said.

Life was rough for Mwendo growing up as she would soon come to find out that life is impartial and deals heavy cards.

“I grew up with my mother and stepfather, and he ensured that his kids had everything they wanted, and we had just enough to get by – but I never allowed that to get to me. There was a lot of bad, but I used them as great, life-changing experiences,” she said.

She continued, “Upon leaving high school at the age of 16, my parents didn’t pay for me to do any subjects, but the Lord provided, and I sat nine subjects. I did very well, got lots of awards and gifts at graduation, and they (her family) took many pictures. I was even taken to a Chinese restaurant to celebrate. I got home, started opening my gifts, and then my heart dropped.”

Her high was short-lived after her stepfather inquired about when she would be moving out of the house – at age 16.

“When things were bad, I wouldn’t talk to them about it. I spoke to God, but I realised that at this time, I needed to speak up to them. I said to my stepfather, ‘You get a cow with two calves; if you never wanted the calves, you shouldn’t trouble the cow’.”

She added, “I told him I was not moving out until after college. At 17, I met a wonderful man, and most of my time through school, he helped me. We got married. He was mainly living abroad, so he left me a house. I rented it out to get money for school and continued living with my parents.”

However, by age 23, Mwendo found herself widowed with two children after her first term in college. And it was her very stepfather who had so many issues with her initially and ill-treated her who came to her rescue.

“He said to me, ‘You are a strong girl. You know what you want. Go to school; I will mind the children for you until you finish’, and he did. My children went to private schools and got the best care.”

But as life seemed to get better, there was always something heavy that she had to deal with.

“I had gone to Africa, and when I came back, I found out I was pregnant – and that was no issue. But I soon found out I had an infection to my throat, and the doctors told me to treat it, I would lose my voice or my baby. And I chose to save my baby. Over time, I regained my voice.”

Having been diagnosed with cancer and suffering two strokes, refusing to do chemotherapy, this powerful woman of God said she was always adamant that her circumstances would never define her.

“I did not own those tumours; they were just living in my head. I used natural remedies to overcome, even after the doctors gave me months to live.

“During my illness, I went on to do my doctorate, so I now have my doctorate in psychology. The name I use now is the name I got through divine inspiration and that is what guides my life and my company.

“In life, if you intend to achieve anything and become better than your biggest [flaw], you must have your own say and thought. No one can stop you from moving forward; I have proven it,” she ended.

Join us next week as we share with you the life of a woman who went to prison for drug trafficking, had her baby in prison, and is using her experiences to help people discover themselves and serve their higher calling.