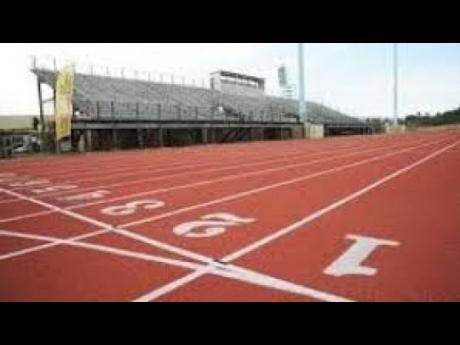 The newly-resurfaced Stadium East running track is set to reopen on Monday.

The unveiling is scheduled to take place during a ceremony scheduled for 9a.m. at the Independence Park facility in St Andrew, the Sports Ministry said in a statement yesterday.

The reopening of the track will take place one day before the start of the Grace/ISSA Boys and Girls Athletics Championships at the National Stadium.

The work started in January this year.

Project contractor, Peter Breuer, director of export at BSW, Germany, revealed at the time that his company was creating history in Jamaica by using newly-developed durable material at the request of Sports Minister Olivia 'Babsy' Grange.

Breuer said the material will also be used for other tracks in Jamaica.

BSW, one of the world's leading suppliers of synthetic surfaces, successfully replaced the main running track at the National Stadium in 2011.

Since then the company has installed running tracks at several facilities across the island.