Blown off course by hurricane, UWI student on brink of lockout 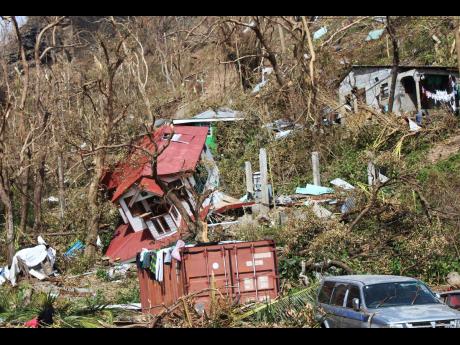 File
Homes lay scattered after the passage of Hurricane Maria in Roseau, the capital of Dominica, on Saturday, September 23, 2017. 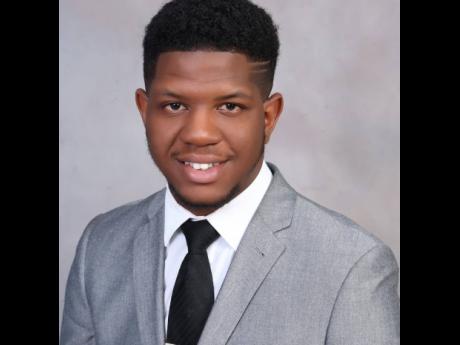 Uncertain whether his family was dead or alive for a month after the passing of Hurricane Maria, which devastated Dominica in 2017, Malcolm Brewster, medical student at the University of the West Indies, Mona, is again at a crossroads.

This time, the Dominica-born 20-year-old, who earned accolades as a national scholar in a country still recovering in Maria’s aftermath, has been deregistered as a result of mounting tuition fees.

“This is because my government did not pay their sponsored amount for the 2017-2018 academic year, citing Hurricane Maria, which devastated the country that year as the cause of this,” Brewster told The Sunday Gleaner.

His total tuition is US$28,000. A loan he has provides US$5,000, and the government of Dominica is supposed to provide the rest, he said.

“Through an application for a grant, and asking around, I’ve already raised about US$3,000, and there’s an active GoFundMe campaign, which has, so far, raised $2,000,” the second-year medical student said while revealing that although he has been deregistered, the UWI allows him to attend classes and prepare for his exams in the event that he finds the money required to pay his fees.

This is not the first time Brewster has been at this juncture. He was only able to register the day before his exams last semester.

Brewster currently serves as the president of the executive board of the UWI, Mona, MBBS/DDS Class of 2022, representing the interests of some 260 students across two campuses, and also ministers in downtown Kingston at the historic Coke Memorial Methodist Church as a preacher and the recently appointed organist.

“I also sing with the University Singers. I direct the Preston Hall Chorale and the MBBS/DDS Pre-Clinical Chorale. I am also very active in the UWI Methodist Society,” said the 20-year-old, who moved to Jamaica after graduating from the Dominica State College in 2016.

“I moved here to Westmoreland as a music ministry, serving as director of Music Ministries for the Savanna-la-Mar Methodist Circuit for a year before matriculation to UWI in 2017,” he shared, pointing out that his GPA is currently in the region of 3.0 to 3.1. He is unsure because a financial hold has been imposed on his transcript, which is now withheld.

“I am making no excuses. My grades can be much better. I am a national scholar from home,” he said. “But with the hurricane and the onset of this, the situation has really been stressful. Case in point ... I was not sure if my family was dead or alive for a whole month after Hurricane Maria.”

He said that he is so depressed some days that he can’t leave his bed, “but my God renews my strength, coupled with the support from my church community, my adopted Jamaican family, and my parents”.

He is grateful that his parents are still alive. his father is retired and his mom is a nurse. He said that he entered the programme based on information received that everything was in place for payment of 80 per cent of his tuition, procuring a student loan to pay the remaining 20 per cent.

Brewster said that he has not returned to Dominica because the two universities there – All Saints and Ross – relocated since the passage of Hurricane Maria. All Saints later returned.

“My pursuit of this degree is not only to get a degree. it is my passion and desire to contribute to regional healthcare, particularly in the fight against chronic non-communicable diseases such as diabetes, heart, hypertension, and glaucoma. because of that, I am determined not to go down without a fight,” he argues.

He is not the only Dominican student overseas who is facing similar challenges. When he went public, he received several messages from students studying in the USA not willing to speak about their challenges publicly.

“Their message was that of commendation for my courage since they could not have done the same,” he told The Sunday Gleaner.

Brewster’s government did make a payment for the year 2018-2019 but nothing for the year of the hurricane. He credits the UWI for being compassionate and has met with the deputy principal and the dean, who he says has been very helpful.

“The university responded immediately after the hurricane by offering counselling to Dominican students and extended the deadline for tuition. We were allowed to do exams for the year, even though tuitions were not paid, so the university has tried to help.”

Brewster was delisted in February.

Determined to push through, confident that something will work in his favour, Brewster and friends will stage a benefit concert featuring the University Singers on April 7, hoping to raise J$750,000, a far cry from what is needed. But Brewster is hopeful, even showing how he has expropriated a timeless Jamaican colloquialism. “Every mickle makes a muckle,” he quipped.