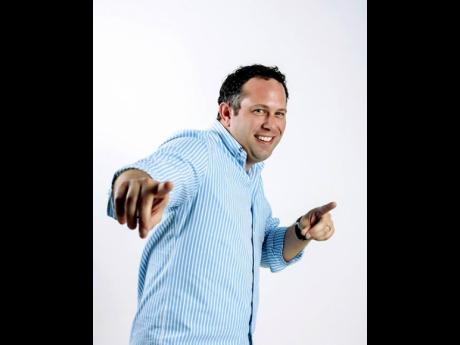 While projections are suggesting favourable returns from the outsourcing sector in the coming years, leading players say that the failure of successive governments to appoint a portfolio minister to concentrate on the development of the industry could have a negative impact in the long run.

The sector has grown from just over 12,000 employees to an estimated 36,000 over the last five years, and experts are projecting continued growth of 11,000 new jobs annually. Over that period, estimated revenue jumped from US$212 million to US$620 million, but Yoni Epstein, founder and executive chairman of ItelBPO Smart Solutions, believes that this could all change if the sector is not given the same respect as the other potential drivers of the economy such as tourism.

“Our sector definitely needs a minister, one who is passionate about its success … because at this juncture, we don’t know who to go to, and we have several issues,” Yoni Epstein told The Sunday Gleaner.

“We need someone who is serious and as passionate a Minister as Edmund Bartlett is for tourism, willing to do anything for the success of the industry they support to help this sector to continue at the same growth rate.”

For Davon Crump, chief executive officer (CEO) of Global Outsourcing Solutions, the oversight responsibility is too fragmented and needs to be consolidated.

“I still maintain that the BPO sector will one day surpass tourism, and if the sector is showing this great promise, it must get the support of the Government,” Crump argues. “It can be rather confusing because at one point, it was Minister (Horace) Chang before he was appointed to the security ministry. Minister (Karl) Samuda followed but is now at the education ministry … ,” said Crump, citing oversight instability as a stumbling block to policy coherence.

“JAMPRO is a key partner over the years, but they report to Minister (Audley) Shaw. Daryl Vaz is in charge of policy, and then the technology aspect would fall under Minister Fayval Williams ... . That is ridiculous.”

According to Gloria Henry, president of the Business Process Industry Association of Jamaica (BPIAJ), the installation of a dedicated portfolio minister for the global services and BPO sector would be timely, with there being an intense focus on creating higher-value jobs to go up the value chain.

“This would inspire deeper local and international confidence among stakeholders,” she said. “It would also allow for greater consolidation of issues and a focused approach in resolution.”

Minister of Industry,Commerce, Agriculture and Fisheries Audley Shaw was coy when questioned yesterday, but suggested that there needed to be increased emphasis on BPO innovation.

“It is a thought-provoking suggestion, but would be a question for the prime minister, because right now the BPO sector is managed out of the Ministry of Economic Growth and Job Creation, so a decision to separate it is his decision ... but I think it should be more about greater focus, not about separating it at this time, because without a shadow of doubt, the BPO sector has tremendous potential, but we won’t have any significant impact if we continue to compete at the lower end, so I believe the focus should be on preparing ourselves for those higher-level jobs,” he said.

However, Julian Robinson, opposition spokesman on information and the knowledge economy, does not believe that an appointed minister is necessary.

Some of the issues currently plaguing the sector include Internet reliability and cost as well as the taxes and additional fees being demanded under the SEZA Act.