Finance minister gets thumbs up from business leaders for maiden budget 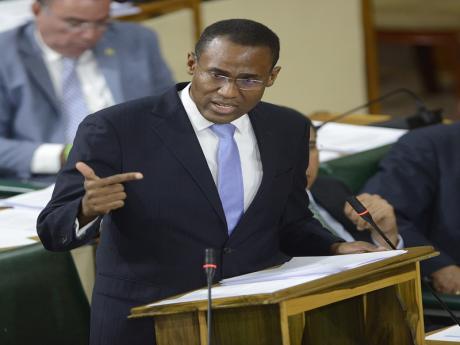 President of the Jamaica Employers' Federation (JEF), David Wan, said the budget outlined by Clarke in the just ended 2019/20 Budget Debate in Parliament "connect with all people".

Wan, who said he was impressed by Clarke's $835.2 billion budget in which he announced $14 billion in tax cuts, added: “He was able, I believe, to connect with all citizens, thereby enabling everyone at all levels to understand what is being embarked on by the Government. So top marks to him on that. For his first presentation, he did a very good job.”

“He came across as sincere and as someone knowing his portfolio. His delivery was not in any way, shape or form disrespectful. It was just an honest, clear indication of where we are going and how we are going to get there… and I was very impressed. His delivery, his sincerity, his knowledge of the subject, could not have been better,” Seaga said.

“Dr Clarke scored a flawless, chanceless century with the greatest of ease, stroking the ball to all parts of the ground and beyond,” he added.

Small Business Association of Jamaica (SBAJ) President Hugh Johnson concurred with his private sector counterparts, noting that he was particularly pleased with the provisions outlined for Micro, Small and Medium-size Enterprises (MSMEs).

Approximately $1.8 billion will be made available for loans to the sector, while another $200 million in equity financing is being provided to very early stage, scalable and investment-ready start-ups under a Side Car Funding Facility, with support from the Inter-American Development Bank (IDB), among other deliverables.

“We are very thankful for this move, which we believe is one in the right direction. We commend the Minister, because we have been calling for these actions for many years, and we are happy that there was someone who was listening,” Johnson said.

Other notable budgetary provisions announced include: a proposed increase in the General Consumption Tax (GCT) threshold from $3 million to $10 million; abolition of the Minimum Business Tax, and Asset Tax for non-financial businesses; revisions to the Student Loan Bureau’s client borrowing regime; and a reduction of the transfer tax on real estate sales from five to two per cent.