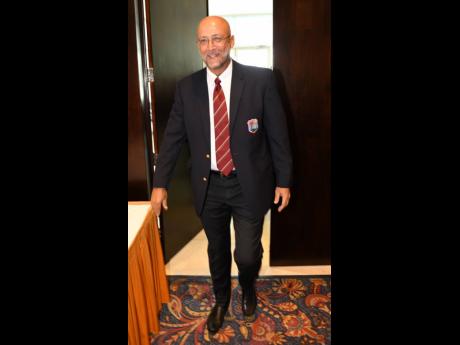 Ricky Skerritt is the new president of Cricket West Indies (CWI), after defeating Jamaican Dave Cameron by 8-4 at the organisation's Annual General Meeting (AGM) and elections at the Jamaica Pegasus on Sunday.

Skerritt, who came into the AGM with the expressed support of the Trinidad and Tobago and Leeward Islands boards, also received the backing of the Jamaica Cricket Association in the build-up to the elections.

Barbados, Windward Islands and Guyana, had stated their support for Cameron ahead of the elections, with each of the six territories commanding two votes.

Cameron, who has been a CWI director since 2002, served as vice president under Julian Hunte from 2007 - 2013 before beating Hunte to the post in 2013. He had held the position since and was looking to secure a fourth successive term.

He is largely credited for the professionalisation of regional cricket but has been heavily criticised in some quarters for his poor relationship with key players, and his general failure to help marshal a consistently successful senior regional team programme.

Skerritt, 62, and his running mate Dr Kishore Shallow, campaigned on the need for greater transparency and commitment, and promised that his leadership style will bring about the governance and performance principles necessary to push West Indies cricket forward.