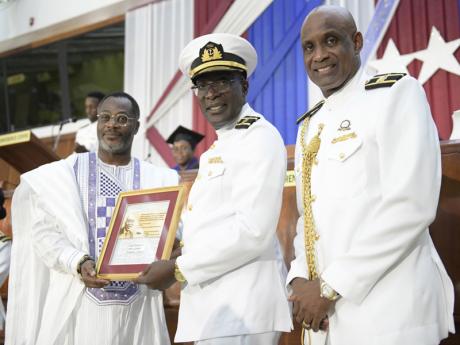 The Caribbean Maritime University (CMU) is denying claims that it employed persons because of their affiliation to the ruling Jamaica Labour Party (JLP) as the controversy over allegations of impropriety and political interference continues to swirl.

"We are aware as well that there have been specific concerns raised about the employment of certain individuals because of their political allegiance or because of their family members. We wish to state categorically that the CMU takes neither into account into its recruitment process. We are an equal opportunity employer," the CMU said in a statement this afternoon.

The statement from the CMU comes in the aftermath of revelations that former JLP member of parliament, Othneil Lawrence, was given a $5.5 million contract to serve as adviser to the university president, Professor Fritz Pinnock.

It also follows the sudden resignation of Education Minister Ruel Reid last week Wednesday amid allegations of impropriety involving the CMU. Reid has since denied the allegations. However, the Counter-Terrorism and Organised Crime Branch (C-TOC) and the Financial Investigations Division, have commenced a high-level probe into allegations of corruption involving the CMU and the HEART Trust/NTA. The former education minister was questioned, as well as his former home searched yesterday, by detectives of C-TOC as part of the probe. Both institutions fell under Reid's supervision as education minister.

While not responding to calls for Pinnock to resign his position as president, the maritime university said it was unable to comment on allegations of impropriety since an investigation was under way.

"While we allow the investigative process to run its course, we stand by the integrity of our brand and will continue to provide the highest standard of education, certification and training for the benefit of the people of Jamaica, the Caribbean and the wider international maritime community," the statement from CMU said.

In the meantime, the CMU said the ensuing controversy and probe would not affect its operations.

"To ensure that the CMU upholds its mandate of providing and maintaining a student-centred environment, regardless of the aforementioned developments, the university is continuing its operations," the university said.

The Palisadoes-based maritime university said its academic programme would continue as scheduled, including examinations and upcoming students' events since the probe has "no bearing on accreditation of programmes or certification of past or present students, or the institution's university status".