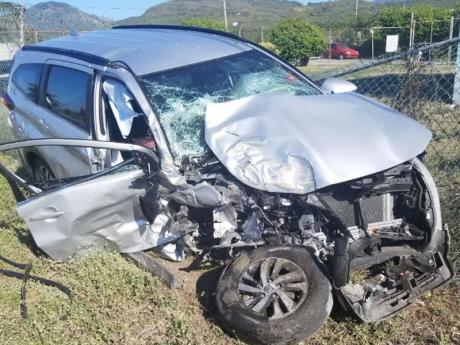 Some 29 persons, including students, were rushed to hospital this morning after the passenger bus in which they were travelling collided with a Toyota Rush motor vehicle along the White Horses to Morant Bay main road in St Thomas.

The crash occurred in the vicinity of the Morant Bay Examination Depot in Rozelle.

The drivers of both vehicles were injured.

It’s reported that about 8:15 this morning the female driver of the motor vehicle was travelling easterly along the road when the packed bus, which was travelling in the opposite direction, attempted to overtake a line of traffic.

It is further reported that the bus slammed into the car injuring the woman, who is said to be a teacher at a school in the parish.

The bus then crashed into a fence on the other side of the road.

The police say there are no fatalities and that persons are being treated at the Princess Margaret Hospital for minor injuries.