Calabar board to meet over alleged teacher assault by athletes 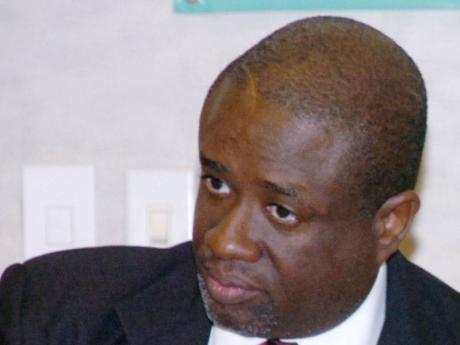 Johnson... We take seriously any act of indiscipline.

The Board of the Calabar High school is to meet "in short order" to discuss the controversy over the alleged assault of a physics teacher.

Board chairman Reverend Dr Karl Johnson, said the board will take all steps necessary to ensure that the matter is concluded in a fair yet amicable way.

His statement comes days after physics department head Sanjaye Shaw took to the media, saying the school has failed to take proper action against one of two athletes who assaulted him on December 15, 2018.

However, he said, during the one-week suspension, Taylor was allowed to train and also represent the school at a competitive meet. Meanwhile Johnson said a new approach will now be taken.

"We are of the view that, going forward, we all may be best served, especially this teacher and student, for the matter to be addressed outside of the public glare and at the level of the Board," Johnson said in the statement. There has been an understandable outcry of disappointment and disgust in response to allegations made on Friday, March 22, 2019 in a press conference, hosted by one of our teachers, Mr. Sanjay Shaw, against students of the school. Since then the school’s Acting Principal, Mr. Calvin Rowe, submitted a report to me as, Chairman, and I have had the opportunity to make additional queries concerning the incident and how it was handled at his level. Mr. Rowe’s report has since been shared with the public.

Based on this, and especially in light of what appears to be a lack of clarity on the matter of where the Board and I stand on this incident, I wish to state the following:

We take seriously any act of indiscipline, violence and uncouth behaviour by any member of our school community be they student or staff. These and other types of anti-social behaviour, we believe have become too normative in our society and as a school entrusted with seventeen hundred boys we continue to develop mechanisms to assist in their proper formation.

We deeply regret this incident and the obvious emotional strain it has placed on all those who were involved, directly or indirectly. Whilst we note that the allegations of assault have not been independently validated, we are saddened that the incident even occurred.

We make every effort to treat each member of the Calabar family as an individual and not through the lenses of their perceived status. Despite being conscious of the perceptions and narratives that exist about how persons deemed to have certain privileges, in this case, athletes, are viewed and treated, we have nevertheless tried our best to rise above those temptations. In fact, as recently as the start of this school year students who were said to be ‘sporting stars’ were, regrettably, separated from the school.

We understand and support efforts by the administration to resolve issues before escalation to the Board and in the instant case we were optimistic that this was a real possibility. Now that the matter has escalated to these dimensions the Board will meet in short order to take all steps deemed necessary as a part of its oversight and governance functions.

On another, but related, note, I wish to express surprise that comments I made to a journalist on this matter seemed to have been interpreted to suggest that I, in the execution of my role as Chairman, have elevated “cynicism over principle”. I have since had opportunity to convey my alarm to the journalist whose article seemed to have provided persons with scope for such a misinterpretation, and am prepared to believe that it was a genuine mistake.

My recollection of our conversation is that, in a response to a direct question about the impact this incident may have on the morale of the team, I essayed the view that ‘knowing them as I do it may serve to motivate them’. In no way was I trivialising a serious issue or promoting a ‘win at all cost’ attitude.

Having regard to whether I believe the public has a “right to know” about matters relating to the institution, I say this - I have always been accessible to the media and open to sharing with the country on issues that fall within my remit. This situation is no different.

We are of the view that, going forward, we all may be best served, especially this teacher and student, for the matter to be addressed outside of the public glare and at the level of the Board. We are prepared to utilise all resources available to us, including mediation, to ensure this matter is concluded in a fair yet amicable way.

Finally, we join with the Acting Principal in his confidence that the lessons to be learned from this incident, present us, as a school community, with yet another invaluable opportunity to renew our commitment to our motto, The Utmost for the Highest.

Karl B. Johnson
Chairman,
Board of Governors